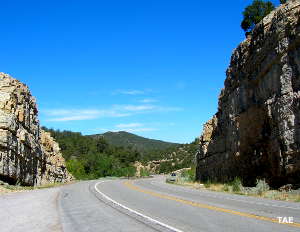 The 1,625,542 acres of the Cibola National Forest are spread across central New Mexico. Elevations range from about 5,000' to the top of Mt. Taylor at 11,301'. Included in the Forest are the Datil, Bear, Magdalena, Gallinas, Sandia, Manzano, San Mateo, Zuni, and Mt. Taylor Mountain Ranges.

With the vegetation zones ranging from high Sonoran desert up through the pinon-juniper range into the sub-alpine spruce, fir and aspen, the climate varies as well. At Sandia Peak, you can ski at the top of the hill and play golf at the bottom. Winters at elevation can be severely cold and heavy on the snowfall. Summers above 8,000' can be cool to downright cold. Below 8,000', summers tend to be very hot and dry. July and August is monsoon season with regular, almost daily, thundershowers, heavy enough to cause flash flooding at times.

Sandia Peak has a road, tramway and several hiking trails that access the summit (10,678'). Mt. Taylor (11,301') has a road to within about 1 mile of the summit and you can hike the rest of the way fairly easily. Manzano Peak (10,098') is within the Manzano Mountain Wilderness and can be accessed via the Crest Trail, a hiking trail that follows the upper ridge of the Manzanos for more than 20 miles. Mt. Withington (10,115') is on the western edge of the Withington Wilderness but can be accessed almost directly from a Forest Service Road that runs just below the crest on the west side of the San Mateo Mountains in that area.

A view from Sandia Peak 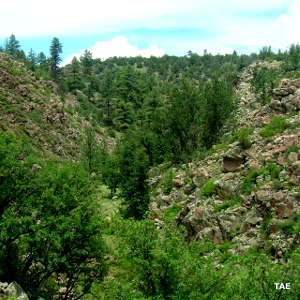 All areas of Cibola National Forest allow overnight camping except the Sandia Ranger District: everything at Sandia is only for day-use picnicking or group camping. The nearest campgrounds to Albuquerque are at Fourth of July and Tajique in the Manzano Mountains. Everything else is more than an hour's drive out of town (there's good about that). All the developed campgrounds on the Cibola National Forest have a 14-day stay limit. Quite a few of the campgrounds have drinking water, picnic tables, toilets, and trash facilities. But always be prepared to "Pack it in, Pack it out." All the campgrounds are suitable for tents and for most RV's, but large trailers can sometimes have problems on steep windy roads with sharp curves.

Visitors should be aware that Mt. Taylor and some areas of the Zuni Mountains have special cultural and religious significance to several Native American communities. While hiking around out there you may come across prehistoric ruins and more recent sites having to do with logging: sawmills, communities and railroad beds in particular.

The foothills of the Manzano Mountains are one of the first European-settled areas of New Mexico and there are still many small predominantly Hispanic Land Grant communities here.

On the eastern slope of Sandia Mountain 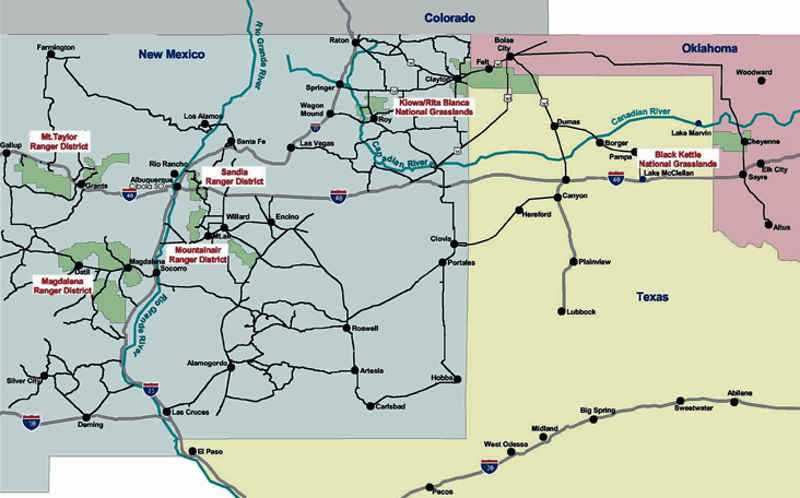