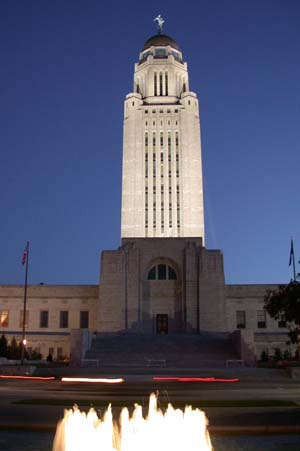 "Where the West Begins" is a former state slogan of Nebraska. For many years in the 1800's, thousands of people were trudging westward across Nebraska, following the great river valleys of the Platte and North Platte on their way to more exotic places like California, Oregon and Utah. In those days, the Nebraska Territory was considered part of the Great American Desert. These days, Nebraska is one of the leading farming and ranching states in the country.

Kansas Territory and Nebraska Territory were created by the Kansas-Nebraska Act of 1854. The territories were divided along the 40th parallel north and the Nebraska capital was in Omaha. On January 1, 1863, the Homestead Act came into effect and the first set of homestead papers were filed that morning on a 160-acre tract just west of what is now Beatrice, Nebraska. By the time the Homestead Act was finally repealed in 1976, more than 270 million acres of government land had been claimed for free by settlers willing to move to where the free land was and jump through the hoops necessary to make that land their own. Nebraska was one of the early stops in this process.

By 1867, Nebraska had grown enough that it applied for statehood and was accepted. That's when the state capitol was moved from Omaha to a town named Lancaster. Shortly after that, Lancaster was rechristened Lincoln, in honor of the recently assassinated President.

Most of Nebraska is essentially treeless so it's interesting that the Arbor Day "holiday" started in Nebraska and the National Arbor Day Foundation is still headquartered in Nebraska City. Nebraska is also home to America's largest hand-planted National Forest and has a tree nursery so prolific it sends seedlings to many other parts of the country.

The state is crossed from west to east by three rivers: the Republican River in the south, the Platte River in the heart and the Niobrara River in the north. As you travel west across Nebraska, the elevation keeps rising, but the highest point in the state is an unremarkable small rise near the Colorado and Wyoming borders. 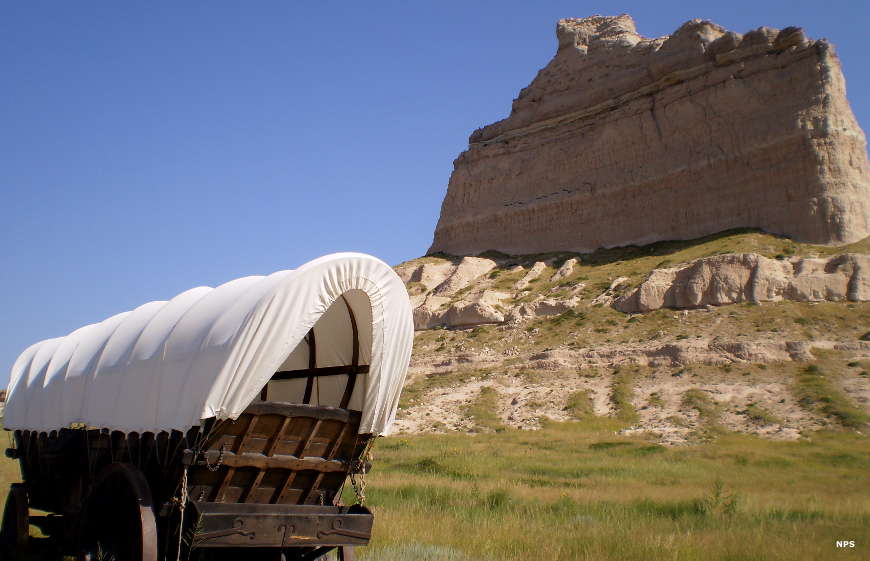 Scotts Bluff, on the Emigrant Trail