A view in Flat Tops Wilderness

Approximately 110 mostly-unnamed lakes and ponds dot the countryside, atop and beneath numerous flat-topped cliffs. The Flat Tops Wilderness contains about 100 miles of fishing streams. The gently rolling landscape above the cliffs offers more than 160 miles of relatively easy hiking trails. This is ideal country for horse and/or mule pack trips. As many as 20,000 elk also enjoy summer living in this area.

A skeletal forest of dead spruce and fir stretches across the higher slopes below the tundra, the legacy of a 1940's epidemic of bark beetles. In 2002, more than 17,000 acres burned around Trappers Lake and another 5,500+ acres burned in the vicinity of Lost Lakes in the East Fork of the Williams Fork drainage. 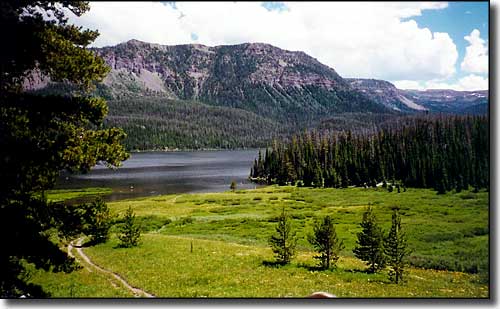 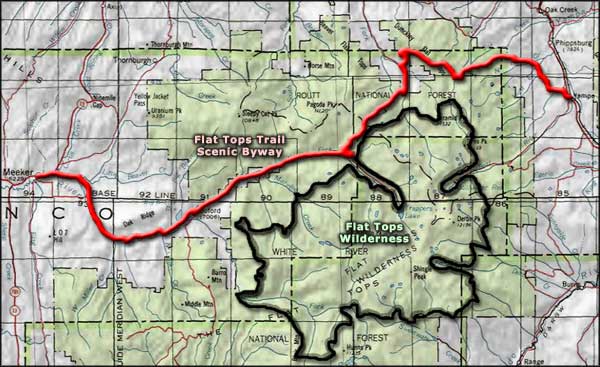