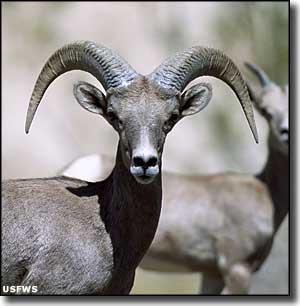 The New Water Mountains Wilderness lies against the northern boundary of Kofa National Wildlife Refuge. The northern edge of the 24,600-acre New Water Mountains Wilderness is about 4 miles south of Interstate 10, about 10 miles east of Quartzsite. The western part of the property is dominated by large volcanic butte named Black Mesa that rises about 1,200 feet above the surrounding countryside.

In areas on Black Mesa you'll come across thick desert chaparral, the kind that'll rip your legs up in minutes if you're wearing anything short of hard leather. The lower areas of the wilderness are typical Sonoran Desert: saguaro, ocotillo, cholla, prickly pear, creosotebush and mesquite. The wetter washes tend to be lined with ironwood and paloverde. Scattered everywhere on the property are slickrock canyons, sheer rock outcroppings, a few natural arches, deep sandy washes and lines of craggy rock spires.

The vegetation is sparse, attesting to the lack of water in most areas (in spite of the area's name). However, there are a couple springs (New Water and Dripping Springs) that are steady and productive enough to support a sizable population of Desert bighorn sheep.

Most folks come to New Water Mountains Wilderness for hiking, backpacking and rock collecting but some come in the fall with permits to hunt mule deer and bighorn sheep. When the New Water Mountains Wilderness was undergoing the process of becoming designated wilderness, the BLM went about barricading at least 20 abandoned mining roads to keep vehicles out. So hiking around on the property via these old roads is no big deal.

The western boundary of the property can be reached via Gold Nugget Road, a dirt/gravel route that runs south from Interstate 10 at exit 26. You can reach the northern boundary in the central part of the wilderness by coming south on Ramsey Mine Road from US Highway 60 (there's no exit on the I-10 for Ramsey Mine Road so you have to get off at US Highway 60 (exit 31) and go east about 3 miles). This is a part of Arizona where the "roads" are almost indistinguishable from either the desert floor or the sandy washes... Fair Warning! Sometimes the desert floor and the sandy washes are easier to travel on. A problem with that is many OHV/ATV folks ignore wilderness boundary signage... or maybe they think it's a challenge. I've seen fresh tracks in many places where people with a bit of respect just wouldn't leave them.

The hiking isn't particularly hard unless you want to reach some of the higher ridges and summits. Because of the nature of the geology, there tends to be cliff bands in the upper reaches. Easiest way to get around up there: follow the sheep trails that are everywhere. Only danger with that mode of travel: sheep are significantly less bothered by narrow ledges and steep drops than most humans... but it seems the sheep also like those high points for the views offered.

Typical rock formations in the area 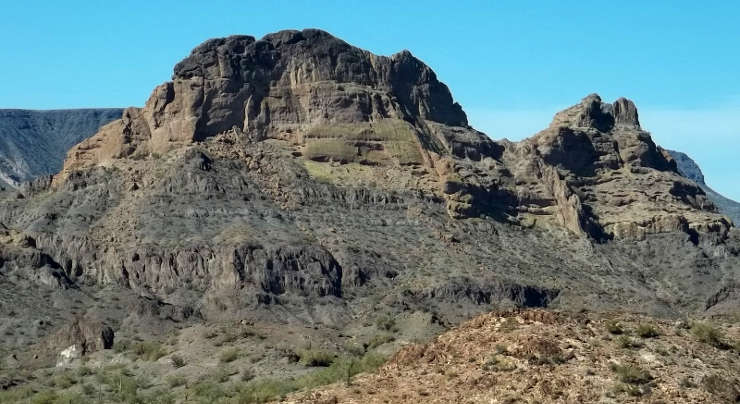 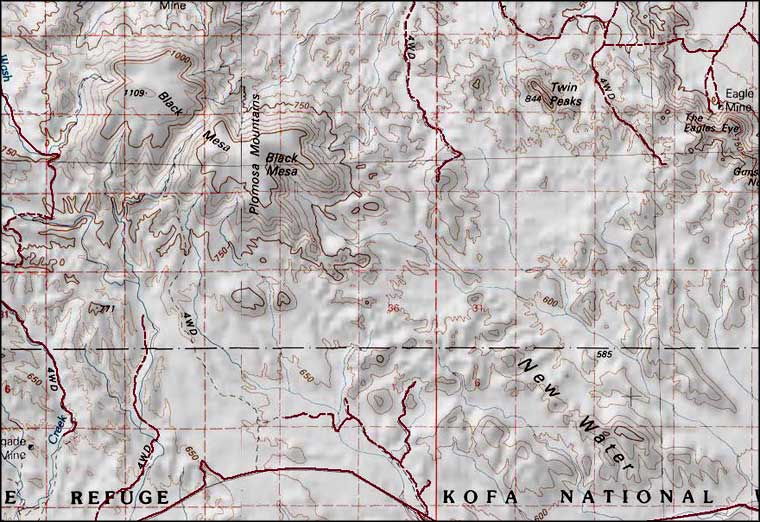