A number of years ago I spent six weeks in Phoenix on a work assignment. I was there from Memorial Day weekend to mid-July. On only one day did the temperature top out below 100°F (it stopped at 99°F that day). The highest I saw was 116°F and I saw that several times. I also spent part of my teenage years in the Tucson area and got my first driver's license there. On my 16th birthday, my father gave me a $5 bill and told me to put gas in the car and keep the change. I went to a local gas station where I paid $0.139 per gallon, then went to McDonalds and had a Big Mac, french fries and a strawberry shake... and still had change left over... Those days were also in the days when Arizona invested more money in their schools than in their penal system. That seems to have turned around since.

Containing some 113,990 square miles of land, Arizona is the 6th largest state in the United States. The population of 6,482,505 (2011 estimates) put the state at #33 in the country. Arizona is probably most famous for its large areas of desert and otherwise barren landscape but maybe a third of the total area is forested in pinyons, Ponderosa pine, cedars, spruce, aspen and other trees. Only about 15% of Arizona is private property, the rest of the state being held by the Federal government (National Parks, National Monuments, National Forests, National Wildlife Refuges, military establishments and Bureau of Land Management properties), Native American Nations (Navajo, Hopi, Tohono O'odham, Apache, Yaqui, Yavapai, Quechan and Hualapai) and the state (parks, forest and State Trust Lands). 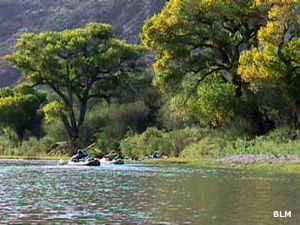 About 1/4 of Arizona lies north of the Mogollon Rim: an often nearly 2,000-foot high escarpment that marks the southwestern boundary of the Colorado Plateau, a large geologic formation spread across Arizona, Utah, Colorado and New Mexico that was uplifted about 65 million years ago (about the same time the famous asteroid impacted the Gulf of Mexico and wiped out all the dinosaurs on the planet - that was also a time of great mountain building in the western part of North America known as the "Laramide Orogeny"). Eroded into the Colorado Plateau is the world-famous Grand Canyon, carved by eons of water flow in the Colorado River and its tributaries. Exposed in the canyon is almost 2 billion years of the geological history of Planet Earth. North and east of the Mogollon Rim the countryside sees cold and snowy winters, cold enough that several times a year parts of the area see the coldest temperatures recorded in the 48 contiguous states. At the same time, Phoenix sets the record for more than 100 days per year with temperatures above 100°F.

Average annual precipitation in Arizona is 12.7 inches, with most of that precipitation arriving in two waves: a winter rainy/snowy season and a short monsoon in the late summer. That summer monsoon is often accompanied by lightning and thunderstorms, often with brief but heavy downpours that cause local flash flooding. Precipitation varies year by year depending on the occurrence of La Nina and El Nino phenomena in the southern Pacific.

The first Europeans to enter Arizona arrived in 1539 with Fr. Marcos de Niza. The next year saw the treasure-seeking expedition of Francisco de Coronado. Between 1540 and 1542 Coronado and his men traveled across Arizona, New Mexico and Kansas searching for the fabled "Seven Golden Cities of Cibola." Finally they gave up on finding vast riches and returned to Mexico, but not before decimating whole native societies with the spreading of European diseases the natives had no natural immunity to. It was almost 150 years before another organized expedition entered Arizona. That expedition was organized by the Jesuit Father Kino and was much more oriented to establishing the Spanish/Jesuit version of Christianity among the locals. In the 1690's and early 1700's he founded several missions in the southeastern part of the state and converted many natives to Christianity.

The Spanish military didn't arrive until silver was discovered in the area south of what is now Tucson. They built the Presidio at Tubac in 1752, then built a Presidio in Tucson in 1775. The military was necessary to protect the miners and other settlers from marauding Apaches who were very resistant to the European invaders well into the late 1800's.

Mexico declared its independence from Spain in 1821 and Arizona became known as Alta California. Then came the Mexican-American War in 1847-8. That's when the Mormon Battalion marched across southern Arizona (from Tucson to Yuma Crossing) and assisted in the occupation of California (as part of the Army of the West under the command of General Stephen Kearny).

With the Treaty of Guadalupe Hidalgo in 1848, the United States paid Mexico $15 million and took over control of what is now Arizona north of the Gila River. Surveyors for a proposed Transcontinental Railroad determined that there was no viable route for the railroad north of the Gila River so the United States negotiated the Gadsden Purchase and acquired land south of the Gila to set the national boundary where it is today. The second Transcontinental Railroad (the Southern Pacific) wasn't completed until 1889.

The first official use of the name "Arizona" seems to have been in an official proclamation establishing the Confederate Territory of Arizona in 1861. That was seconded by a proclamation recognizing the territory signed by Confederate president Jefferson Davis in 1862. Then in 1863, President Abraham Lincoln signed a document creating the Arizona Territory out of the western half of the New Mexico Territory. It is that document that delineated what are now the official state boundaries.

Arizona Territory was criss-crossed by "American" explorers (fur trappers, merchants, prospectors, outlaws) for years before the first settlers arrived from Utah. Brigham Young sent several companies of Mormons into the territory to settle and claim significant parts of the area for the LDS church. They founded still-existing towns and cities like Phoenix, Safford, Heber, Prescott, Mesa, Snowflake and Tempe.

After the end of the Civil War came the real flood of eastern settlers, and they were quickly followed by contingents of the US Army because the Apaches, in particular, were still resisting that encroachment on their tribal countryside. The Indian Wars in Arizona were mostly over by 1882, about the same time the largest cattle ranches were flourishing. Mineral prospectors had been coming and going for years but the largest gold and silver strikes had mostly petered out by the mid-1880's. What took on from there were the big copper mines which still produce about 2/3 of the copper on the American market. Cotton is also a driver of the Arizona economy, Arizona having once been the largest producer of cotton in the country. Cattle and citrus fruits also account for a lot of the state's economy but tourism is probably the single largest industry in the state.

World War II saw the establishment of several Japanese-American internment centers and several German and Italian POW camps in the state. The end of Word War II saw the proliferation of air conditioning, a development which has fueled the rapid population growth in Arizona ever since (until the financial collapse in 2008: that began the first actual reduction in population since Phoenix was first established). About 2/3 of the total human population of Arizona lives in the Phoenix metropolitan area.

For a state that has long been dominated by the Republican Party (a political party that preaches "minimal government"), the largest employer in the state is the state government. The largest private employer is Walmart. After that comes Banner Health Care, then several national financial services companies (although the financial services industry has recently outsourced many of their jobs to India and moved others to states where the cost of living is even lower (think: North Carolina)). This has contributed to Arizona's median income always being somewhat below the national median. At the same time, depending on where you do your business in the state, sales taxes can range up to 10.7%. Local lodging taxes can also add up to 10.7%. The state doesn't tax home groceries but some cities do, including Phoenix (2%). State income taxes range from 2.87% (for up to $10,000 in annual income, $20,000 for joint returns) to 5.04% (for more than $150,001 in annual income, $300,001 for joint returns).

The Mogollon Rim, from near Payson 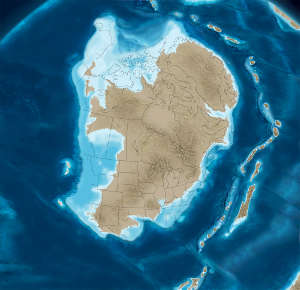 North America, 510 million years ago
Click or tap to see a larger version

Geologically speaking, most of Arizona is composed of land that was accreted to the southwest edge of the Laurentia craton/North America plate in the Cretaceous Period of the Mesozoic Era (from about 146 million years ago to about 65 million years ago). Northeastern Arizona is mostly composed of the Colorado Plateau, a large chunk of ancient Rodinian desert pushed up about 65 million years ago. The edge of that uplift is known today as the Mogollon Rim. Arizona below the Rim is up to 3,000 feet lower in elevation and the drop-off from the Rim is pretty dramatic in many areas.

Prior to the Colorado Plateau uplift, northeastern Arizona was washed over many times by ocean and by rivers draining down from the Ancestral Rocky Mountains to the northeast. Most of the petrified logs exposed at Petrified Forest National Park were washed down up to 200 million years ago during the time of raging rivers: flooding waters washed whole logs downstream to where they finally rested in the river delta. There they were quickly sealed in by surrounding gravel and sands. Then the mineralization of the logs proceeded at a slow pace until today, what we see is mineralized wood. 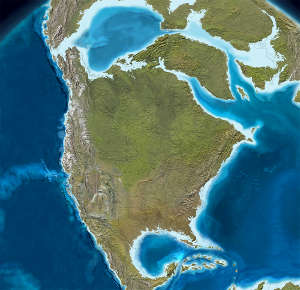 90 million years ago the North American continent was bisected by the Western Interior Seaway, a shallow sea running east of the Cordilleran region to the western edge of the Laurentia craton. The Cordillera was pushed up during the collision of the Farallon plate with the North America plate

The Colorado River breached the edge of the Colorado Plateau and began cutting down into the Grand Canyon about 5 million years ago. What really pushed the flow of the river in the direction it is in today was the rifting that created the Gulf of Baja California. That rifting spread cracks up along what is now the boundary of California and Arizona into the Virgin River area in northwestern Arizona. 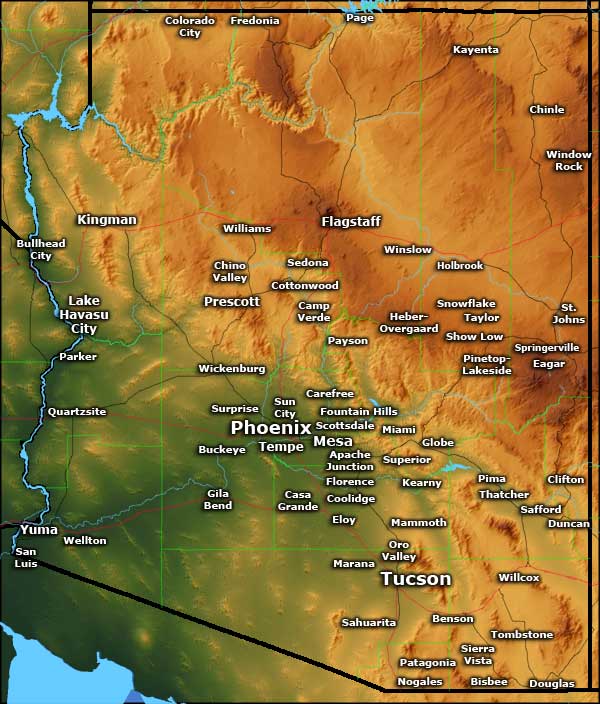