Wyoming is kinda the Outback of the 48 states: big, wild, wide open country where the High Plains meet the Rocky Mountains. The northwest corner of Wyoming has big pockets of geothermal energy available (Thermopolis, Yellowstone, etc.) while east of the mountains is big cattle ranching country.

Wyoming is the tenth largest state in land area and almost the least populous. Go for a hike in the wilderness areas around Yellowstone and you'll see why that whole end of the state is unpopulated. Go for a drive in the Great Basin area in the middle of the state and you'll quickly see why no one lives there either. If it wasn't for coal, oil and natural gas, fully half the population of Wyoming wouldn't live here. But it sure is beautiful, even when it's all covered with snow...

Wyoming officially began life as Wyoming Territory in 1869. In severe contradistinction to the rest of the United States, the first Territorial Legislature passed a bill granting women of the territory equal political rights. In March, 1870, 5 women from Laramie became the first women in the modern world to serve on a jury. In September, 1870, Laramie held a public election and became the place where the first woman to cast a legal vote in the United States lived. Wyoming and Texas were the first states to elect women governors, Nellie Tayloe Ross assuming office in Cheyenne a few days (January 5, 1925) before the new female Texas governor was seated (January 20, 1925).

Wyoming has no personal or corporate state income tax, financing most governmental activities through the income derived from mineral, coal and oil-and-gas severance taxes and property taxes. There is a state sales tax (4%) and each county has the option of adding another 2% to that for local needs. Most counties have a lodging tax (2% to 5%) and the state collects a 5% use tax on goods bought elsewhere and transported into Wyoming. Personal property held for personal use, is tax-exempt. Wyoming also has no inheritance tax but there is an estate tax that is related to the federal estate tax imposed by Congress. The Tax Foundation rated Wyoming as having the single most "business friendly" tax climate in the United States in 2008. At this time when so many states are looking at legalizing gambling as a means of raising state revenues there are still (as of 2014) only two legal casinos in the state, both on the Wind River Reservation in the western part of the state. The state is not considering adding more to the roster.

The northeastern one-third of Wyoming is High Plains country, suited for livestock grazing, the large-scale growing of grains and large scale open-pit coal mining, especially in Campbell County in the Powder River Basin. The rest of Wyoming is covered with rugged mountain ranges and arid rangelands. The Great Basin Divide is in the south-center of the state. This is an area between forks in the Continental Divide where rainfall and snow that falls there stays there: water can't flow out so it either evaporates or sinks directly into the ground.

Most rain and snowfall in Wyoming occurs in the mountainous areas and many of the larger Western rivers (the Snake, Green, Yellowstone, Wind, Big Horn and North Platte Rivers) find their sources in Wyoming's mountains. The northeastern third of the state is rated as semi-arid, receiving on average 10-12 inches of precipitation per year. The Big Horn Basin (west of the Big Horn Mountains and east of the Wind River and Absaroka Ranges) is rated as true desert, receiving an average of eight inches of precipitation per year. Wyoming does experience tornadoes but that activity is confined to the southeastern part of the state and the few tornadoes that do form have significantly shorter lifetimes than those that form further to the east.

Historically, Wyoming had only one gold strike (near South Pass City in 1867) and that was very short-lived. That typical spike in population growth never happened. Instead, the state didn't really begin to develop until the Transcontinental Railroad pulled into Cheyenne in 1867. That fueled the growth of large cattle operations on the wide open range offered by the plains of eastern Wyoming. The railroad also precipitated the arrival of smaller ranchers and farmers, coming to take advantage of the Homestead Act of 1862. The raising of fences on small acreages brought about the Johnson County War and other abuses of the less-affluent-and-less-politically-connected in the early days of Wyoming's statehood (when so much of the government was controlled by large cattle interests).

Today, Wyoming is the least populous of the fifty states, and the 49th least densely populated (Alaska's population is greater but less concentrated in that huge landscape). The largest city is Cheyenne with almost 60,000 residents within the city limits.

In 2010, Wyoming contracted with Google to move a large part of the state's information infrastructure onto Google's cloud. As of late 2011, about 10,000 state employees were seamlessly integrated with Google Apps, Gmail and Google Sites, making Wyoming the first state to go fully "Internet Cloud." 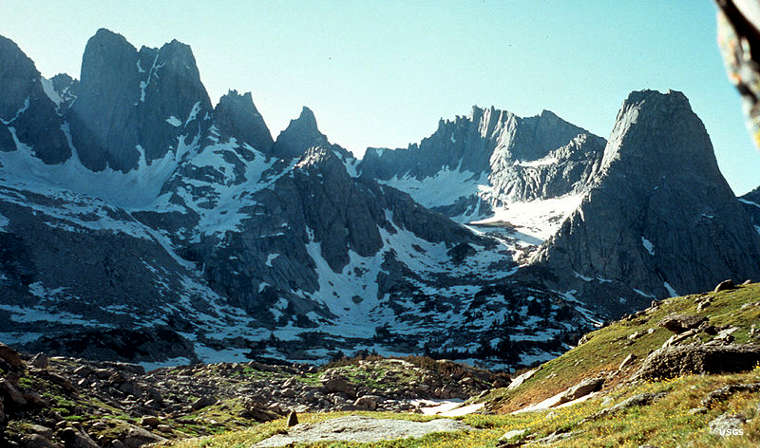 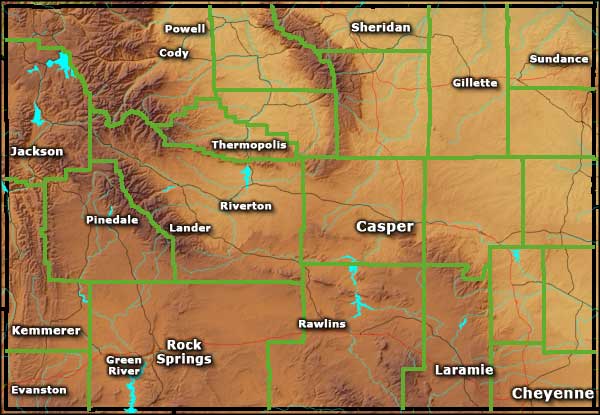