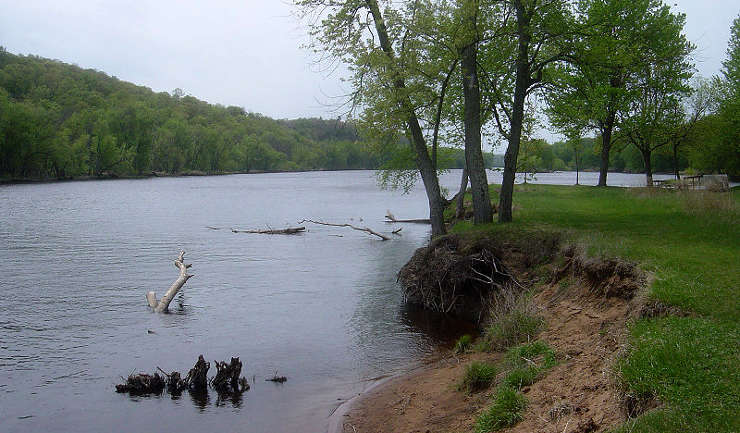 The St. Croix River near Osceola 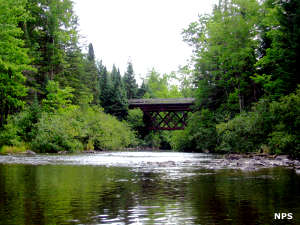 Along the Namekagon River

The St. Croix River National Scenic Riverway protects some 255 miles of river, including the St. Croix River (along the Wisconsin-Minnesota boundary) and the Namekagon River (in Wisconsin) and adjoining lands. The whole is managed by the National Park Service but included in the riverway are several state parks. Most folks visit the riverway by floating through it in kayaks and canoes, enjoying the scenery and fishing the waters. Campers will find numerous National Park Service-designated campsites along the riverway and hikers will find miles and miles of trails throughout the adjoining lands. The St. Croix National Scenic Riverway is one of the eight original rivers designated under the 1968 Wild and Scenic Rivers Act.

Evidence has been discovered in the area pointing to human habitation beginning around 10,000 years ago as the glaciers of the Wisconsin Glaciation retreated for the last time. Prehistoric campsites, burial mounds, quarries, chipping stations, rock art, wild rice processing areas and the remains of village sites are found throughout the area, offering glimpses into the various cultures engaged in the seasonal and complex prehistoric lifestyles of the ancient Native Americans who lived and died here. From the late 1600's until 1763, French fur trappers were the primary European influence in the area, using the St. Croix and Brule Rivers as one of their major travel routes between the Mississippi River area and the Great Lakes. Then France lost the Seven Years War (the French and Indian War in North America) and ceded all French territory east of the Mississippi River to Great Britain.

Early Anglo-American settlers didn't do well in the area until after the 1837 treaty opened the region for safe settlement. Within a year of that the loggers arrived and began a 70-year project that cut virtually all the virgin timber available in northern Wisconsin and eastern Minnesota. They also pushed nearly all the Dakota and Cree out of the area, leaving only a few scattered bands of Ojibwe in northern Wisconsin.

The main visitor center for the St. Croix Riverway is in St. Croix Falls. A second visitor center is in the town of Trego, along the Namekagon River. Both are open only in the warmer months when the rivers are clear of ice. The Riverway features about 60 river landings and maybe 150 designated shoreline campsites. 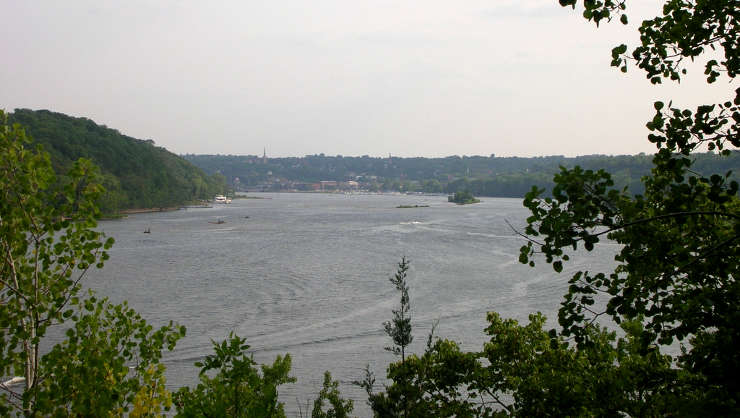 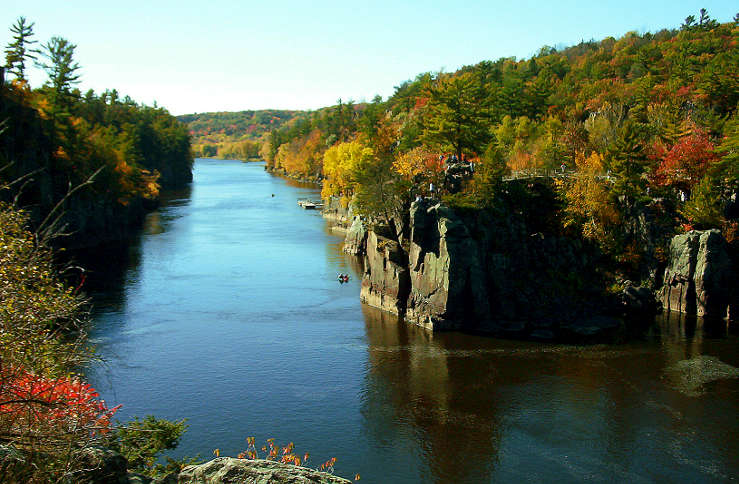