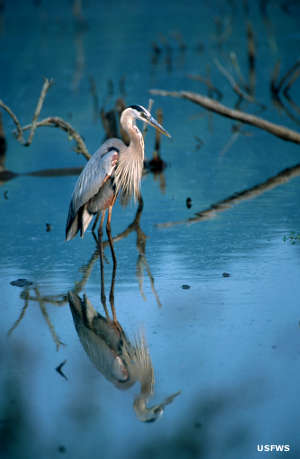 For many years, Hog Island was the only piece of land in the Green Bay National wildlife Refuge as both Plum and Pilot Islands were in the hands of the US Coast Guard and were used to support lighthouse facilities. The two islands were added to the National Wildlife Refuge in 2007 but their lighthouses are still in use. Over the years, the other evidences of human habitation have fallen into decay and the islands have reclaimed much of their glory from before the Euro-Americans arrived in the area.

Plum Island sports a thick forest of basswood and sugar maple with groves of white cedar along the coast. White cedar primarily grows in areas where dolomite is close to the surface. Plum Island is also home to the threatened Dwarf Lake Iris. Hog Island had a thick mat of Canada yew until deer arrived on the island. Their browsing has almost eradicated it from the island. Pilot Island is barren rock.