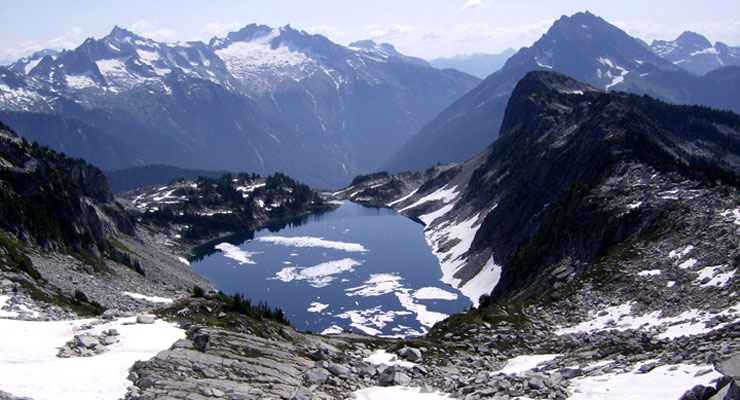 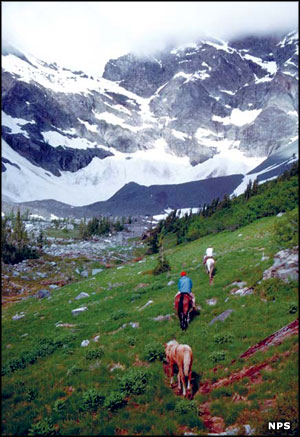 Stephen Mather Wilderness is one of the wildest wilderness areas in the 48 contiguous states. The countryside is extremely rugged and generally heavily treed below treeline. There are jagged rocky peaks and sharp glaciated ridges sticking up everywhere, offering some excellent alpine climbing. The countryside has been heavily eroded by large glaciers that left narrow stream drainages and large U-shaped valleys. Snowfall begins early, ends late and piles up huge.

Supposedly there are about 390 miles of trails in the wilderness but very little was ever developed and even less is maintained. The busiest trail in the whole area is probably that 13-mile section in the southeastern part of the wilderness where the Pacific Crest National Scenic Trail crosses from Pasayten Wilderness to Lake Chelan National Recreation Area, then to Glacier Peak Wilderness. You don't have to go far to get away from it all but if you want to see the center of Stephen Mather Wilderness, it's going to take several days and some excellent route finding skills through remote and essentially trailless territory.

I'm sad to report that wildfires in the summer of 2015 have burned off significant portions of this wilderness area.