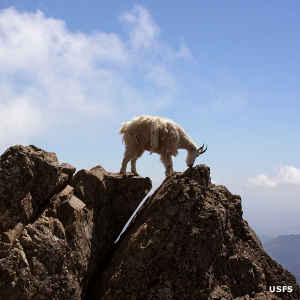 Olympic National Forest offers 16 developed campgrounds with overnight prices ranging from $5 to $20. Most sites have cooking grills and picnic tables with drinking water and toilets nearby. Each campground also offers activities like boating, swimming, hiking or fishing. Not all campgrounds have garbage pickup... but all campgrounds/campsites are available strictly first-come, first served.

The Forest offers more than 250 miles of hiking trails, maybe half of which are at low elevation and can be enjoyed year round. There are also eight developed/interpretive Nature Trails, each addressing unique features or stories of the Olympic. The Nature Trails are generally located near other developed recreation areas like picnic areas or campgrounds.

Virtually all areas of the Forest can be reached via Highway 101. Highway 101 is a loop road that encircles the Forest, the National Park and the Peninsula, giving access to mountains, temperate rain forest, saltwater beaches, rocky bluffs, large lowland lakes and cascading rivers.

Olympic National Park from the top of Marmot Pass 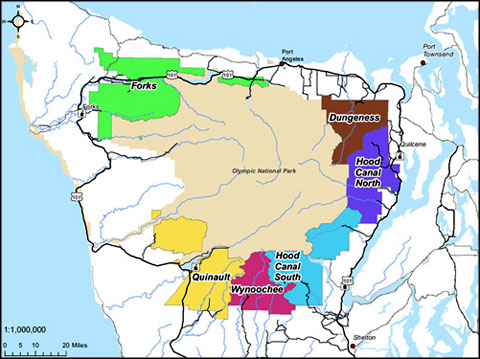