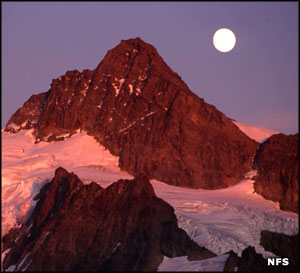 The Cascades aren't a particularly high range as the highest elevations rise from 5,000-to-6,000 feet in the southern part of the forest to 7,000-to-8,000 feet in the northern end. Two peaks (Mt. Baker and Glacier Peak), both stratovolcanoes, stick up several thousand feet above the surrounding ridges and peaks. What the Cascades might lack in elevation they more than make up for in ruggedness...

Mount Baker-Snoqualmie National Forest is also home to more glaciers than any other National Forest in the 48 contiguous states, although the remaining glaciers have lost between 20 and 40% of their volume just since 1984. Glacial runoff has been reduced up to 80% in some areas and that has impacted life all up and down the food chain.

The Pacific Northwest National Scenic Trail traverses the Forest east/west on its journey between the Pacific Ocean and Glacier National Park.

A view above Rocky Creek 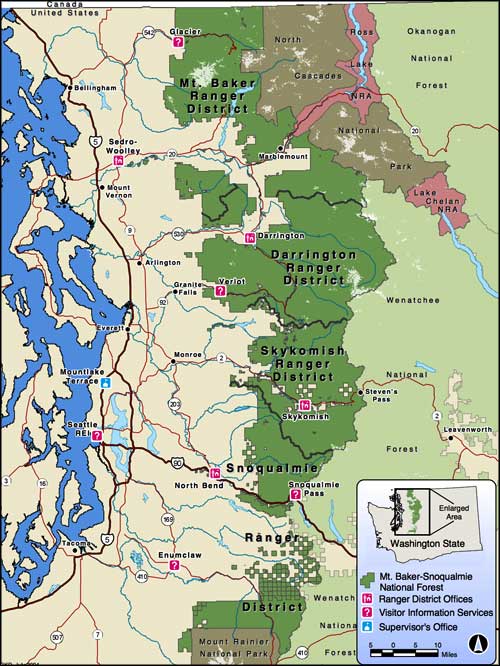 Top photo courtesy of Walter Siegmund, CCA-by-SA 3.0 License
Other photos and map courtesy of the US Forest Service