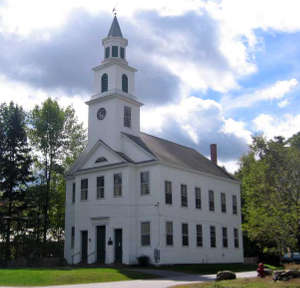 Vermont was claimed by France and held as part of French Canada until the end of the French and Indian War. Then the territory was transferred to Great Britain along with the French territories in Canada. The eastern parts of the area were controlled by New Hampshire, the western parts by New York. A strip down the middle was known as the New Hampshire Grants and the king decided those "grants" should go to New York in 1764. All attempts by New York to physically claim that territory were rebuffed by the famous Ethan Allen and the Green Mountain Boys.

In January 1777, Vermont ratified a state constitution and for the next seven months was known as the "Republic of New Connecticut." Then in July, 1777 they changed the name and became the Vermont Republic until 1791 when Vermont joined the United States, becoming the 14th state. Vermont was the first state with a constitution that gave the right to vote to all men (whether property owners or not), completely abolished slavery and required public support of public schools.

In 1864, the Battle of St. Albans happened in north Vermont. This was an engagement in which 21 Confederate soldiers infiltrated themselves into the town of St. Albans (15 miles south of the Canadian border) and launched an operation in which they simultaneously robbed all three banks in town. They held a number of townspeople prisoner on the village green and stole all their horses. When it was over, 1 civilian was dead, 2 were wounded and the Confederate soldiers were on their way back to Canada with $208,000 in cash. The Canadians arrested them at the border and held them for trial but at the trial, the Canadian judge determined they were military belligerents and not common criminals. The Confederates were then freed but the $88,000 in US currency they still had on them was returned to the American banks.

Joseph Smith, Jr. and Brigham Young, the first two leaders of the Church of Jesus Christ of Latter Day Saints were both born in Vermont. 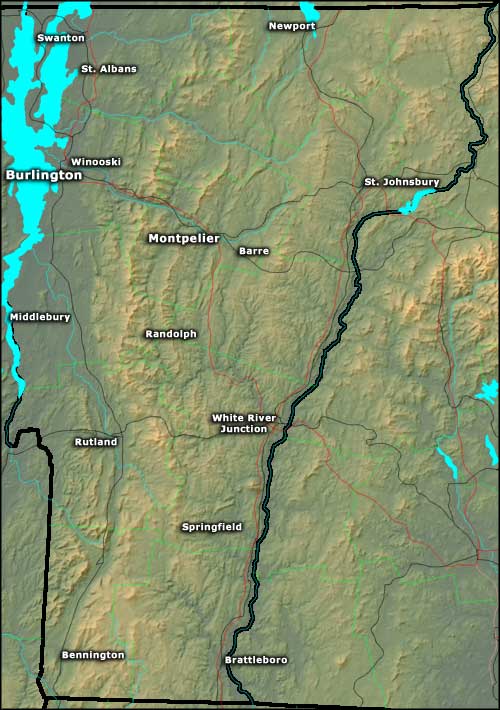