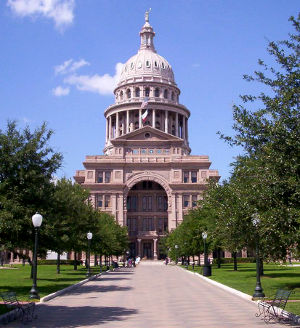 Texas is big and Texans are proud of it. Landscapes in Texas range from coastal sandy beaches and swamps to pine forests to high plains to rugged mountains and barren desert. 25% of the land area of Texas contains almost 75% of the human population of Texas. There are three cities with populations over 1 million, three more cities with populations greater than 1/2 million. More Fortune 500 companies call Texas home than any other state. The state is a leader in fields as diverse as agriculture, energy, petrochemicals, aerospace, computers and electronics, and biomedical sciences. By contrast, along the 1,248-mile border with Mexico there are 2,294 colonias containing about 400,000 people, the vast majority of whom are among the most impoverished and uneducated residents in the United States.

The first European settlement in what is now Texas was established by the French (under René Robert de La Salle) in 1685. The French were supposed to set up on the Mississippi River but got lost and ended up on Matagorda Bay. They lasted four years before the climate and the natives drove them out. The Spanish responded by trying to set up missions in East Texas, but they failed in the face of staunch native opposition. The French returned and began settling in southern Louisiana in 1716. The Spanish again tried to set up missions in East Texas and finally began the settlement at San Antonio in 1718. Most Spanish settlers were discouraged from settling in Texas because the natives were truly hostile. It took years of missionary work for the Catholic priesthood to convert most of the tribes to Christianity but by 1800, most of that work was done and settlement became marginally safer.

The US bought the Louisiana Territory in 1803 and tried to assert control over Texas. Things went back and forth until a treaty was signed between Spain and the United States in 1819 that gave control of Florida to the US in return for the extinguishing of all claims to Texas. That same treaty set the boundary between Texas and Louisiana at the Sabine River in East Texas. Then Mexico declared independence from Spain in 1820 and things changed again.

Because the population of the vast area was so low, the Mexican government modified their immigration policies and gave American empresarios big chunks of land if they would recruit settlers to come from Europe, the Mexican interior and the United States. The first grant was to Moses Austin, and when he died shortly thereafter, it passed to his son, Stephen F. Austin. In 1822, Stephen Austin arrived along the Brazos River with 300 settlers and began the Americanization of Texas. By 1834, the population of Texas was around 37,800, and 80% of those folks were Americans. Mexico had laws against slavery and many of the Americans brought slaves with them. Mexico decided to try to rein in the Americans and enforce Mexican Laws. That was the beginning of the end of Texas as a part of Mexico. 1836 saw the Goliad Massacre, then the Battle of the Alamo, then the Battle of San Jacinto. The Texans lost the first two badly, then at San Jacinto, the Mexicans lost decisively enough that Mexican General Santa Anna surrendered and granted Texas independence. Nine years later, Texas became the 28th state, an action which helped trigger the Mexican-American War of 1846-1848. 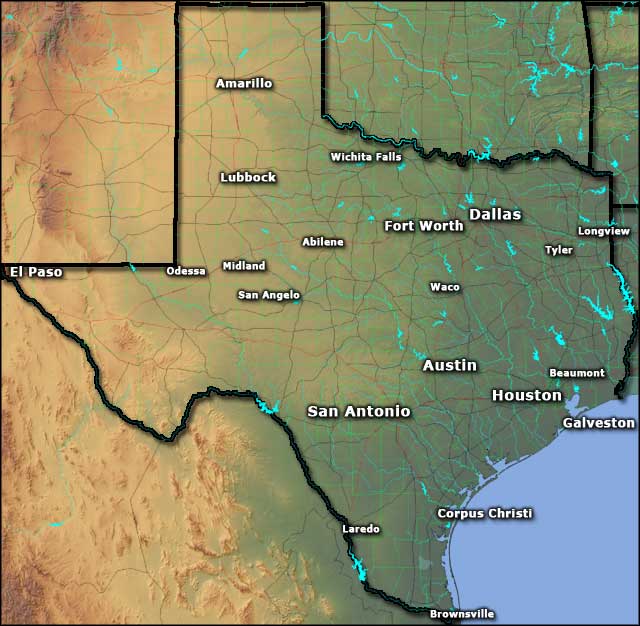