The view at Breezy Point along the Peter Norbeck Scenic Byway 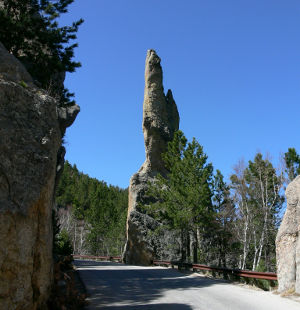 When driving this scenic byway, you need to keep in mind that no part of it was made for speed: in some areas the road makes tight spirals back on itself. It is very winding and twisted and in many places, the recommended speed limit is right around 20 mph. The road passes through six tunnels in the granite mountains, threading its way among towering granite spires, through large herds of free-roaming bison and offering some of America's finest views of mountainous, pine-clad countryside.

Entirely enclosed within the loops of the Peter Norbeck Scenic Byway are the Mount Rushmore National Memorial and Black Elk Wilderness. Surrounding Black Elk Wilderness is the 35,000-acre Norbeck Wildlife Preserve. Custer State Park itself was established by Peter Norbeck as a wildlife refuge and place to re-introduce many of the wildlife species that were wiped out when all the miners and farmers arrived in South Dakota.

There are trailheads and fishing spots scattered all along the route. One of the more busy trailheads is along the Needles Highway. The main hiking trail there leads through the Cathedral Spires area, then rises up and passes over the summit of Harney Peak (7,242'), the highest point in South Dakota. 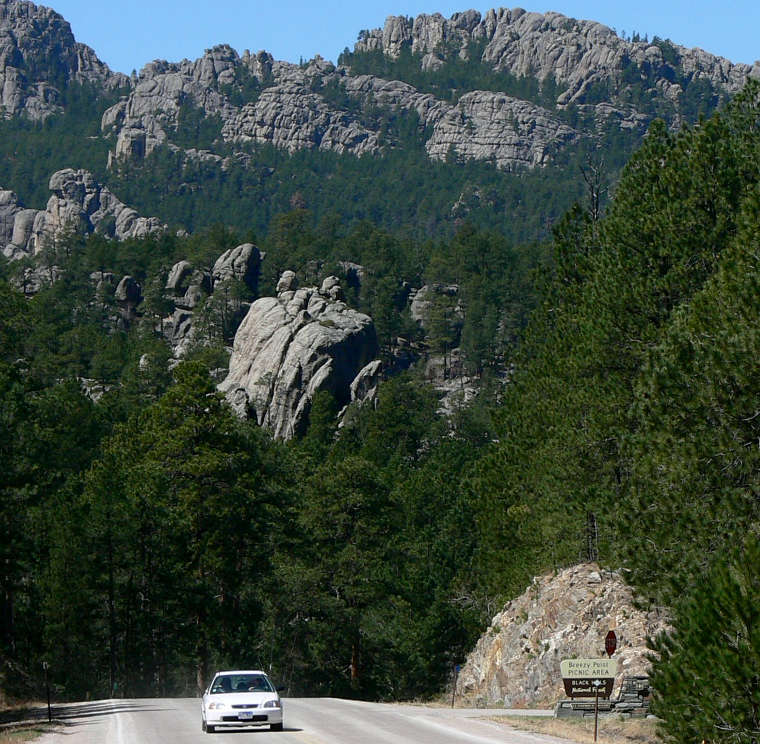 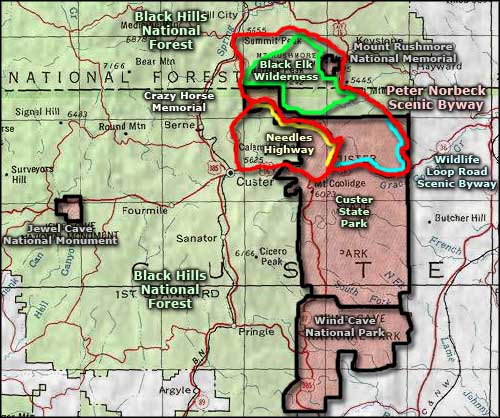