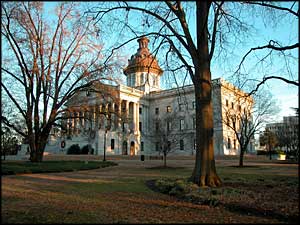 South Carolina was originally part of the Carolina Charter (granted by King Charles to a group of aristocrats who supported him in his quest for the throne) but was split off from North Carolina in 1710 and became a crown colony in 1729. No matter what they did or how they did it, development of the area did not take off as planned. A lot of the early settlers were from the Barbados and they came to the Carolinas seeking political power. That led to all kinds of problems.

South Carolina has the distinction of being the first republic in America, adopting their first independent constitution on March 26, 1776. On February 5, 1778, the South Carolina Legislature ratified the Articles of Confederation (the first governing document of what was to become the United State of America). Then in 1780, South Carolinians loyal to the British crown assisted British troops in regaining control of the territory. The Battle of Cowpens was fought on January 17, 1781 and that American victory marked the beginning of a serious decline in British military fortunes. 1782 saw the British and many of their Loyalist supporters (and their slaves) marching north to Virginia where many of them were evacuated to other countries or Caribbean Islands. 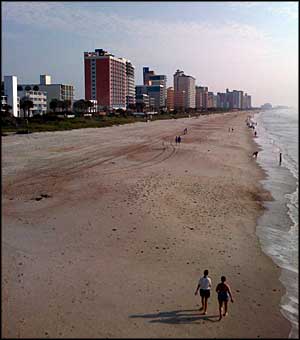 South Carolina also has a history of pushing secession and nullification in regard to the Federal government. The first attempt at nullification came in response to a slave rebellion in 1822. Then came the Nullification Crisis of 1832, which resulted in the first Congressional legislation denying states the right to secede from the Union.

South Carolina declared for secession on December 20, 1860 and Confederate troops began shelling Fort Sumter the following April 12. That marked the real beginning of the Civil War, a war in which no major battles were fought in the state but a war which killed nearly 1/3 of the state''s male population of fighting age. The Union Navy effectively blockaded the Charleston harbor throughout the war and General William Tecumseh Sherman brought his "scorched Earth" campaign to South Carolina early in 1865. Sherman took the state capitol at Columbia on February 17 and fires that started burning that night had destroyed most of the central city by next morning. South Carolina struggled on under Presidential and Radical reconstruction until the Compromise of 1877 officially ended the Reconstruction phase. At that point White Democrats regained political control of the state by using paramilitary groups to intimidate black voters. This led to President Ulysses S. Grant invoking the Ku Klux Klan Act on October 19, 1871 in an attempt to stop the carnage. However, even by 1900 with 782,509 African-Americans comprising more than 58% of the population, only about 5,500 of them were registered voters. The racial situation in South Carolina is still such that the NAACP maintains an economic boycott of the state and all things made there.

South Carolina also has the distinction of having the State Legislature with the lowest percentage (10.0%) of women legislators in the country (the national average is 23.7% with Colorado leading the pack at 40% women legislators in office). South Carolina also was one of several states that originally rejected the Nineteenth Amendment (giving women equal rights, including the right to vote). The state legislature finally did ratify the amendment on July 1, 1969. 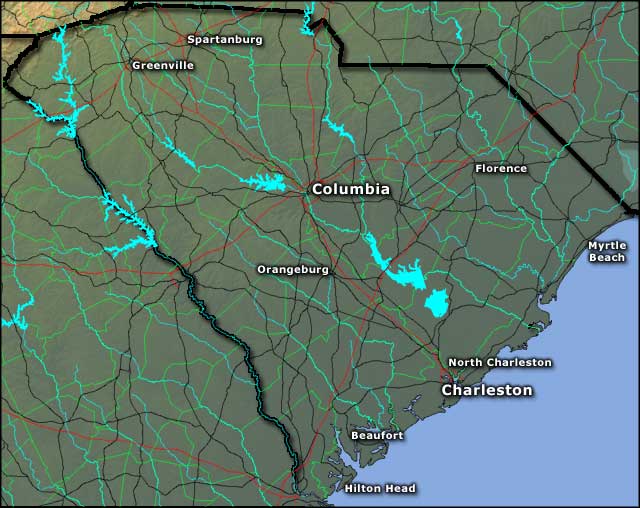