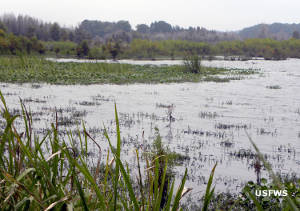 A view at Wrights Bluff

Santee National Wildlife Refuge is a 15,000-acre property on the north shore of Lake Marion near Summerton, South Carolina. The US Fish & Wildlife service owns about 4,400 acres outright, most of the rest is held under a management lease with the South Carolina Public Service Authority. There are also about 10 parcels in the area that are managed conservation easements.

Santee National Wildlife Refuge is a major resting and feeding area for migratory waterfowl in the Atlantic Flyway. Santee NWR is also the site of the easternmost Mississippian culture shell midden and earthen mound. During the Revolutionary War the British built Fort Watson atop the mound. Today, the summit of the mound is accessible via a wooden boardwalk.

Tree coverage in the refuge is a mix of pond pines and bottomland hardwoods. The refuge also offers a wide variety of wildlife, including deer, raccoons, alligators, bobcats and wild turkeys. In season there are also multitudes of waterfowl, shorebirds and wading birds passing through.

A view in the Cuddo Unit marsh area 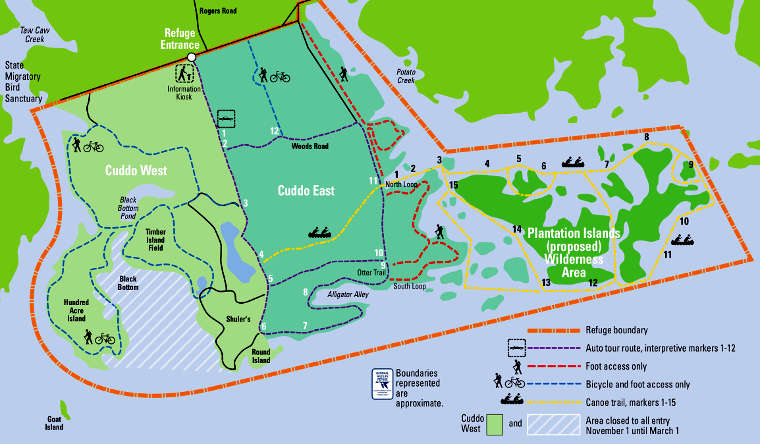