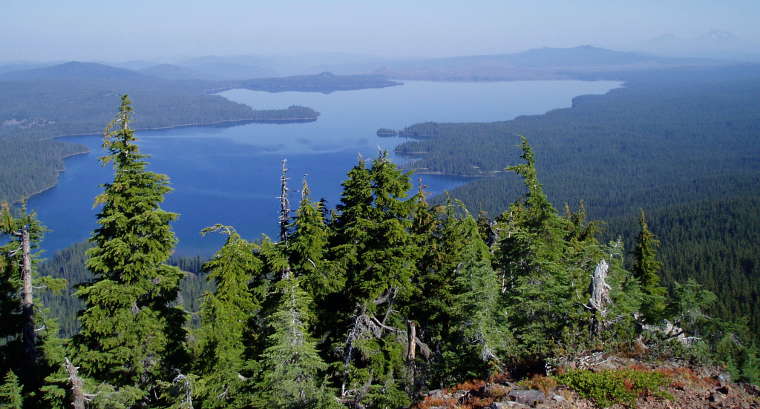 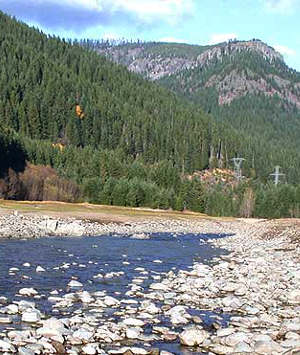 Willamette National Forest is a 1,678,031-acre property stretching north-south along the western slopes of the Cascade Range in central Oregon. 380,805 acres of the forest are held in Congressionally designated wilderness areas. Also in the Forest is Waldo Lake, second deepest and second largest non-alkali body of water in Oregon. The lake surface varies between 8 and 10 square miles with a maximum depth of 420 feet. The forest is composed of a mix of trees ranging from Douglas and silver firs to Ponderosa and lodgepole pines to mountain and western hemlock and incense and western red cedar.

In one case, the Forest Service had added about 55,000 acres of land (including the French Pete area of low-elevation old-growth forest) to the Three Sisters Primitive Area in 1938. When Congress designated the Three Sisters Wilderness, they left off the French Pete area... It was finally officially included in Three Sisters in 1978 but not before years of legal (and other) wrangling back and forth. Timber sales on the rest of the Willamette, though, increased dramatically after 1970 until Congress passed an act in 1990 that pushed timber sales to 1 billion board-feet that year. Then sales dropped even more dramatically than they had risen and now the volume just barely reaches 10% of that.

Elevations on the Willamette range from about 1,500 feet to almost 10,500 feet at the top of Mount Jefferson, Oregon's second highest peak. Annual precipitation varies from 80 to 150 inches: moist Pacific air meets colder Cascade uplifts and rain or snow falls. There are more than 1,500 miles of streams and rivers in the forest and more than 375 lakes.

The forest offers more than 1,700 miles of hiking trails, four of the low elevation trails being designated National Recreation Trails. The Pacific Crest National Scenic Trail wanders in and out of the Willamette several times as it snakes it way along the Cascades Crest. There are also more than 70 developed campgrounds in the forest. 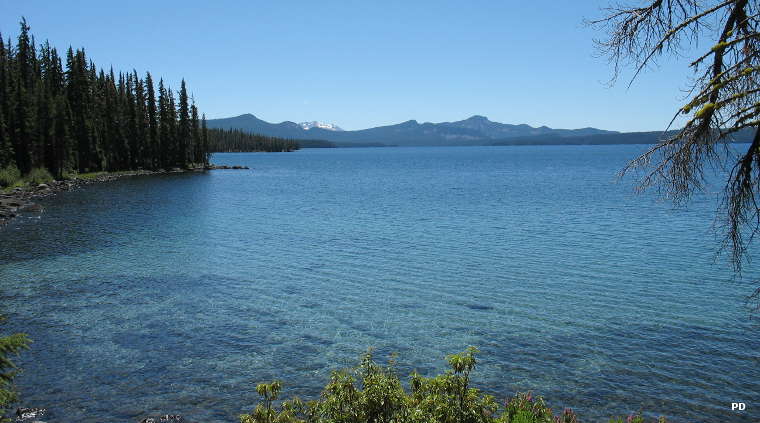 A view of Waldo Lake 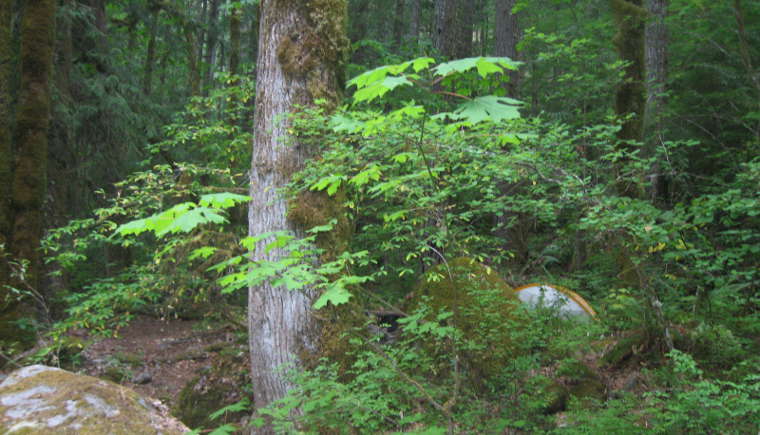 Along the French Pete Trail 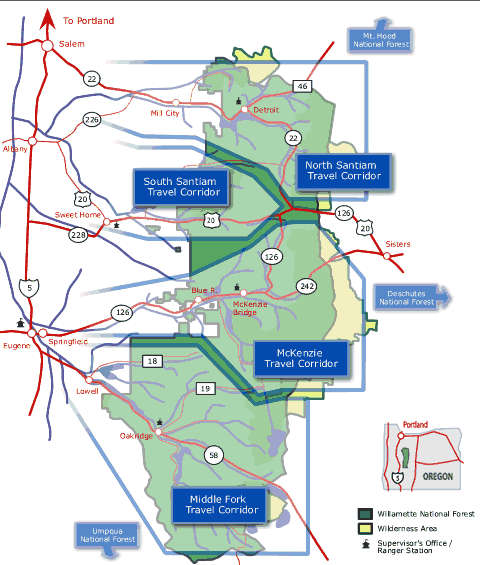