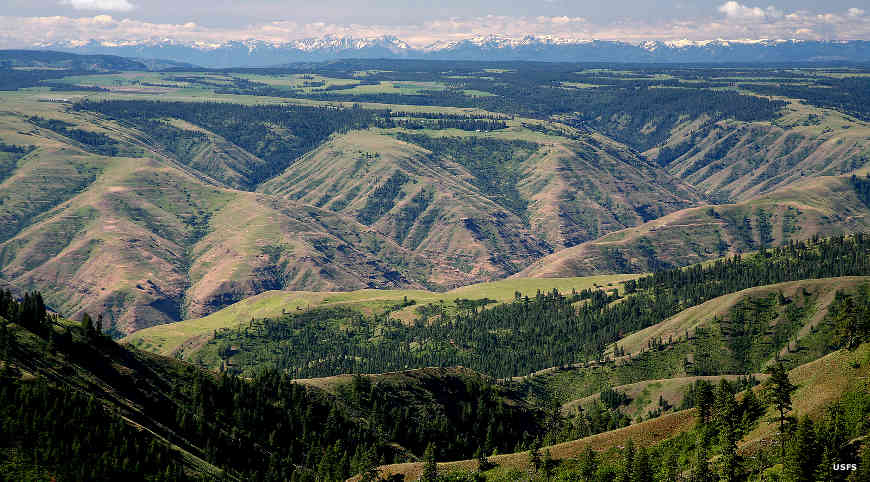 Umatilla National Forest: Looking across the Grande Ronde River to the Elkhorn Mountains 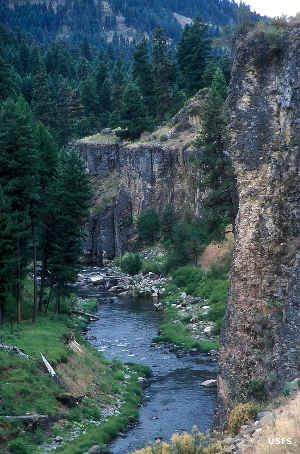 The Lewis & Clark Expedition passed through the area in 1805. The next recorded group of Euro-Americans to come through were Marcus and Narcissa Whitman, missionaries on their way to establish a mission near what is now Walla Walla, Washington. After them came thousands of emigrants over the Oregon Trail, and many of them settled in the Blue Mountains area. Gold was discovered along the North Fork John Day River in 1851 and that brought in hundreds of miners and merchants. Most have left now but some claims are still being worked.

The landscape is a mix of mountains and v-shaped canyons separated by narrow ridges. The slopes tend to be steep and heavily timbered, rising to grassland ridges and benches. Elevations range from about 1,600 feet along the Columbia River to about 8,000 feet in the Blue Mountains.

The Forest offers hundreds of miles of off-road trails and more than 35 campgrounds, from semi-primitive to fully developed. Probably the most popular area on the forest is around Jubilee Lake. Dispersed camping is allowed almost everywhere. ATVs need to be displaying the Oregon State Parks and Recreation Operating Decal when on the property.

Ski Bluewood (in Washington) and Sprout Springs Ski Area (in Oregon) are in the heart of the Blue Mountains and are generally open for skiers from late November to early April.