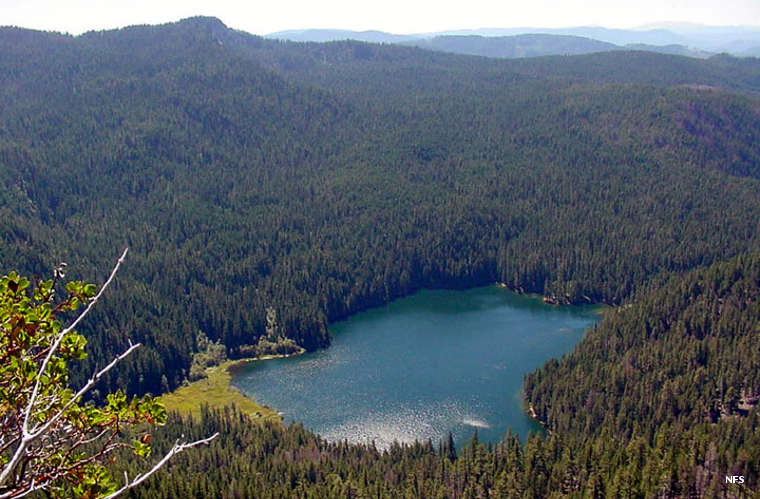 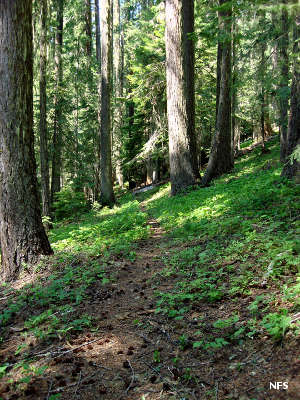 Vegetation in the wilderness is a dense mix of mountain hemlock, western red cedar, incense cedar, western white pine, Ponderosa pine, Douglas fir, sugar pine, western hemlock, grand fir, subalpine fir, white fir, Alaska cedar, red fir, lodgepole pine, whitebark pine and Pacific silver fir. The dense conifer forest inhabits the lower areas of the wilderness while the higher areas give way to stands of big trees and open alpine meadows. Elevations in the wilderness range from a low of about 3,000 feet to a high of about 6,800 feet along the divide. The landscape is a rolling countryside of ancient sediments pushed up surrounded by the rounded tops of shield volcanoes spattered with cinder cones.

There are about 100 miles of trails in the wilderness, including the 31-mile Rogue-Umpqua Divide National Recreation Trail, a route that snakes back and forth across the divide. The Cripple Camp and Acker Divide Trails lead through stands of old-growth forest. There are a handful of lakes and multiple streams in the wilderness.