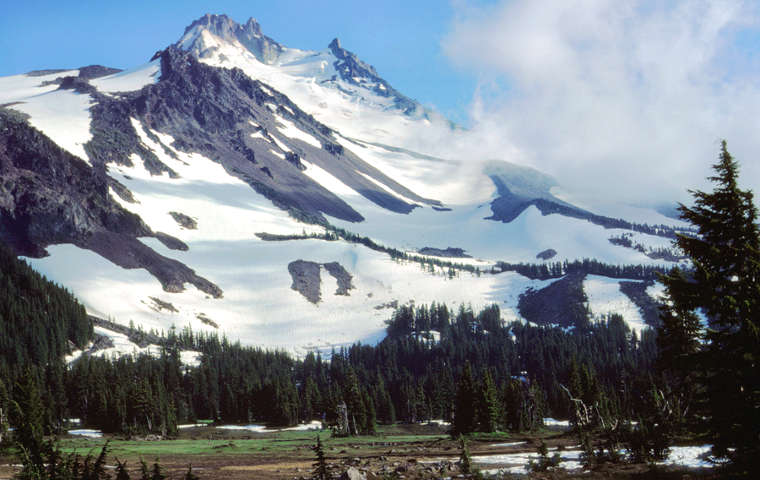 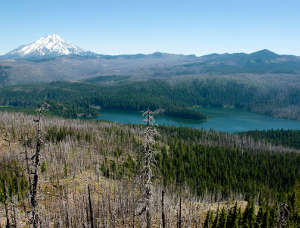 Mount Jefferson (10,497 feet) is the second highest peak in Oregon, the remains of one of the stratovolcanoes that define the central ridge of the Cascade Range. While not as high as Mt. Hood, Mount Jefferson offers hikers some of the steepest and most challenging climbs among Oregon's high peaks.

There are still five glaciers clinging to Mount Jefferson's slopes: Waldo, Whitewater, Jefferson Park, Milk Creek and Russell. South of Mount Jefferson is the prominent Three-Fingered Jack, the heavily glaciated and eroded remains of an ancient lava plug surrounded by the remains of the old volcano's subsidiary lava dikes. Three-Fingered Jack hasn't erupted in more than 200,000 years and is considered extinct.

The landscape is covered mostly in Douglas, sub-alpine and silver fir, mountain hemlock, lodgepole and Ponderosa pine, cedars, huckleberry, rhododendron and vine maple. The wilderness area also offers steep talus slopes, alpine meadows and rock outcroppings. There are more than 150 lakes in the wilderness, many stocked regularly with trout. Most of the high country in the wilderness is park-like open landscape with scattered tree cover.

There are more than 160 miles of hiking trail still evident in the wilderness area. About 40 miles of those trails are part of the Pacific Crest National Scenic Trail. Another 30 miles (or so) have disappeared since the B & B Fire in 2003 and while they still appear on some maps, the on-going "no current maintenance condition" has caused much trail tread to disappear. Permits for day-use and overnight use are self-issuing at the trailheads and are required between Memorial Day Weekend and Halloween. Some trailheads require a valid recreation pass from May 1 to September 30.

The northeastern side of Mount Jefferson Wilderness lies against the border of the Warm Springs Indian Reservation. 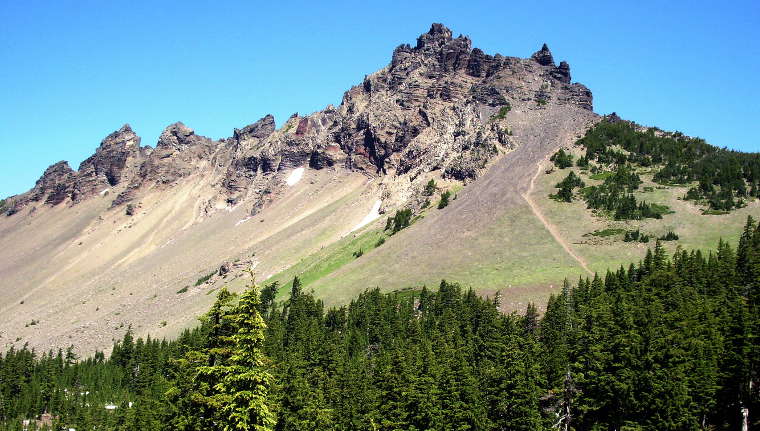 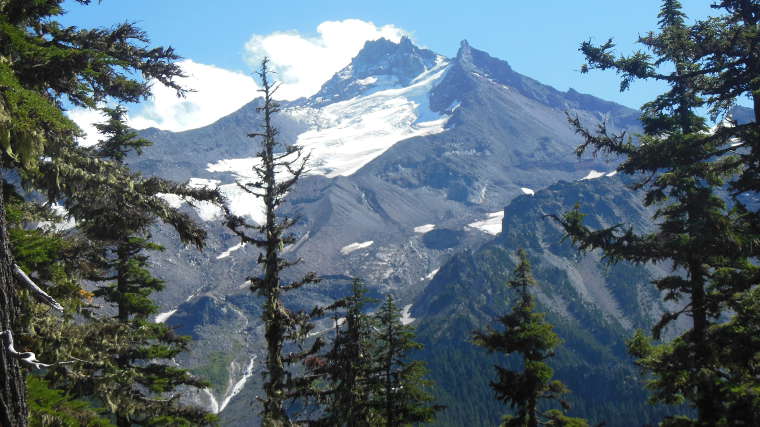