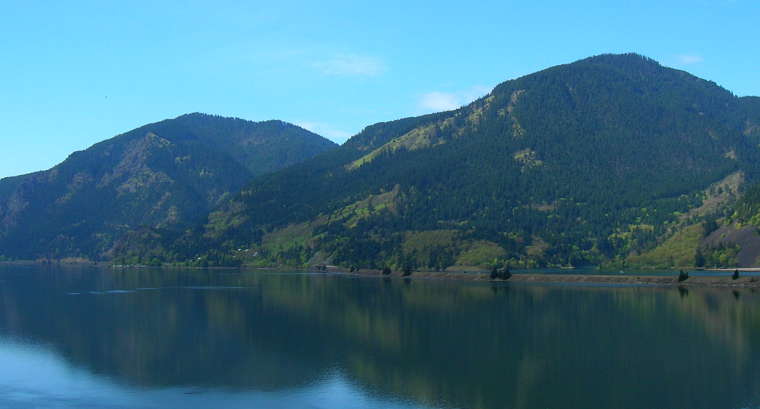 A view to the north from Mark O. Hatfield Wilderness 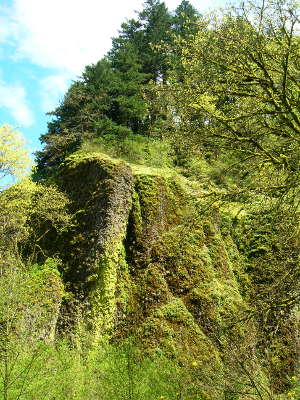 At the northern end of Mount Hood National Forest, Mark O. Hatfield Wilderness was designated in 1984 and added to in 2009 for today's total of about 65,822 acres. The earlier wilderness area began a distance back from the top of the cliffs above the Columbia River Gorge and ran south and southeast up the drainages to the plateau above. The Omnibus Public Land Management Act of 2009 added the cliff areas that were previously the Columbia Gorge National Recreation Area to the wilderness.

So today's wilderness area rises very steeply from the Columbia River Gorge to a heavily eroded and uneven plateau, then further south to talus slopes among mountain peaks and mountain lakes. Elevations vary from about 100' along the river to about 4,900 feet atop Mount Defiance. The cliff faces that line the Columbia River Gorge are heavily cut with streams featuring sparkling waterfalls among mossy-green basalt cliffs and outcrops. Multnomah Falls (at 620 feet the highest waterfall in Oregon) is just outside the northwest border of the expanded wilderness area. 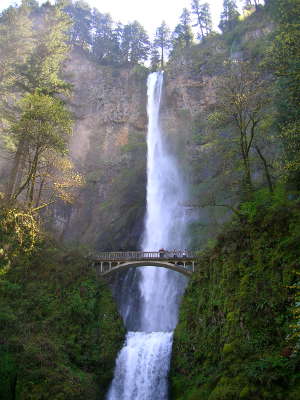 The main waterways in the wilderness area all flow north to the Columbia. Most of the 200 miles of hiking trail in the wilderness follows those drainages and often subject the unwary hiker to sudden drop-offs and vertiginous views... Many of the trails are interconnected and offer multiple possibilities for loop hikes.

On the western side of the wilderness area is the Bull Run Watershed, water supply for the city of Portland. Except for that stretch where the Pacific Crest National Scenic Trail skirts the eastern edge of the watershed, the whole area is closed to the public.

All wilderness areas in Mount Hood National Forest require possession of a free wilderness permit while in the woods between May 15 and October 15. Permits are self-issuing at trailheads and wilderness boundaries. Some trailheads require possession of a valid recreational parking pass. Because of the relative proximity to the metro Portland area and the subsequent heavy human impact on the wilderness area, there are numerous special rules and regulations at Mark O. Hatfield Wilderness and they change often with climate changes in the area.

Mount Hood to the south 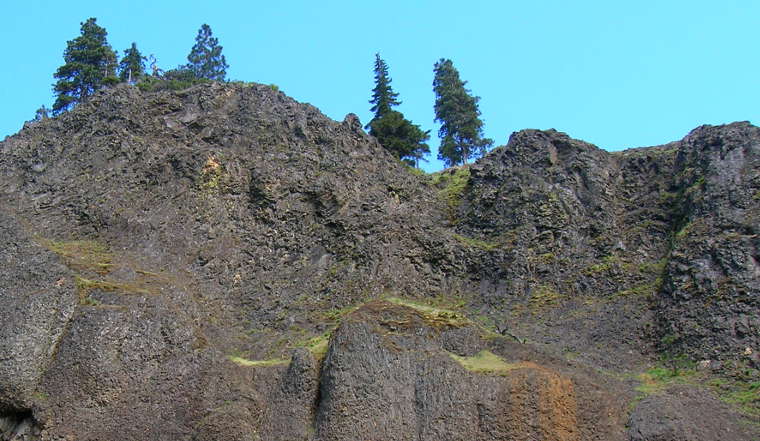 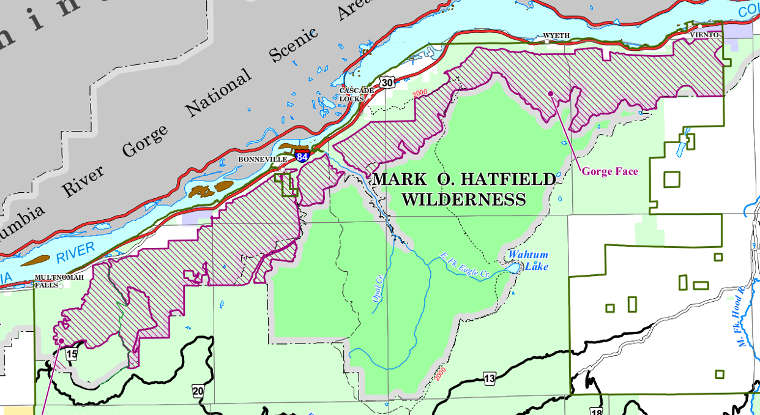