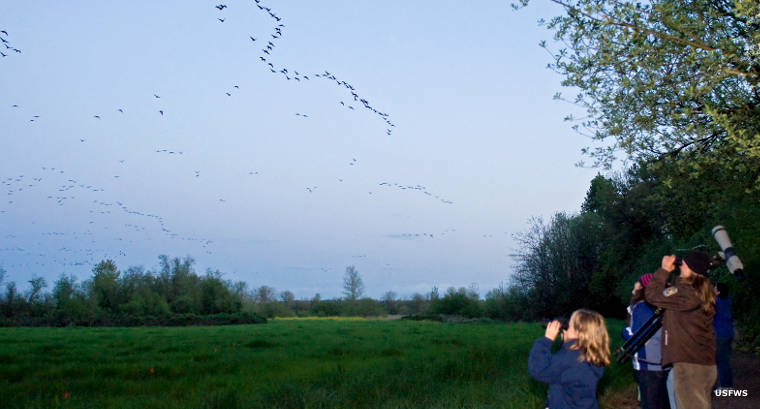 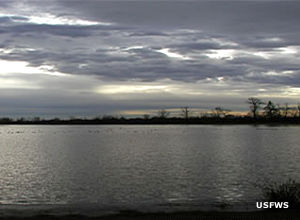 Containing about 2,796 acres, Ankeny National Wildlife Refuge sits in the heart of the Willamette Valley on the floodplain near the confluence of the Santiam and Willamette Rivers. This is an area of flat and rolling land south of Salem. The property is covered with a mix of about 600 acres of riparian forest, about 500 acres of wetlands (marsh, wet prairie and moist soil units) and 1,765 acres of agricultural fields. The tree coverage is a mix of conifers, mature big-leaf maples and Oregon ash.

Because the Willamette Valley is the chosen wintering place of the dusky Canada goose, this is important habitat for their survival. The valley wetlands with their meandering stream channels and large seasonal marshes used to be quite extensive. Today, most of the wetlands have been drained for either agricultural use or for the growing of cities. So the Willamette Valley National Wildlife Refuges are an attempt by the US Fish & Wildlife Service to provide good wintering habitat for the dusky Canada goose and to reduce the depredation done by the birds on the surrounding private farm land. You'll also find wood duck, other species of Canada geese, northern pintail, Killdeer, bald eagle, ruddy ducks, hooded merganser, spotted towhee and mallard here in season. Year round you'll see red-winged blackbird, California quail, red-tailed hawk and American kestrel. For other animals there are river otter, beaver, black-tailed deer, bobcat, coyote, red fox, gray-tailed vole, common garter snake, Pacific tree frog, rough-skinned newt and red-legged frog. 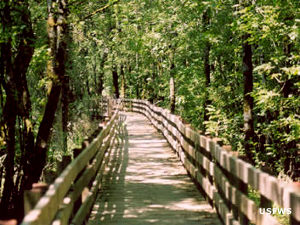 To get there: Get off Interstate 5 at exit 243, the Ankeny Hill Road, about twelve miles south of Salem and 10 miles north of Albany. Go west to the intersection of Ankeny Hill and Wintel Roads. Make a choice here because both roads access the national wildlife refuge. Ankeny National Wildlife Refuge is open from sunrise to sunset only, from the beginning of April to the end of October. Some areas are open year round but a lot of the property is closed to human use when the dusky Canada geese are in residence for the winter. 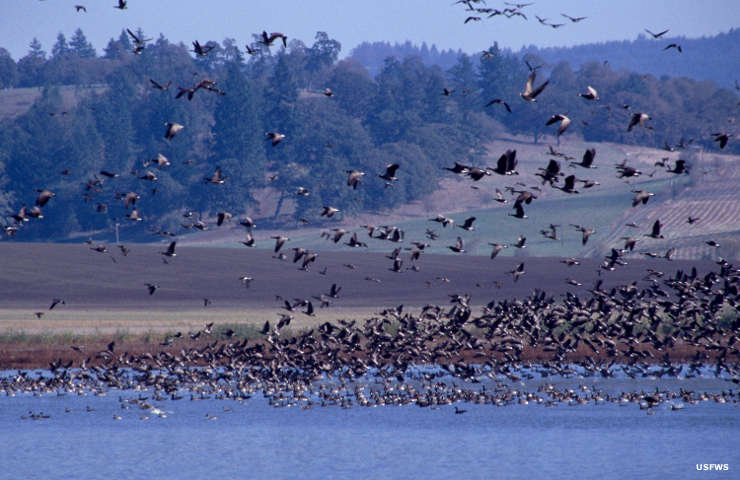 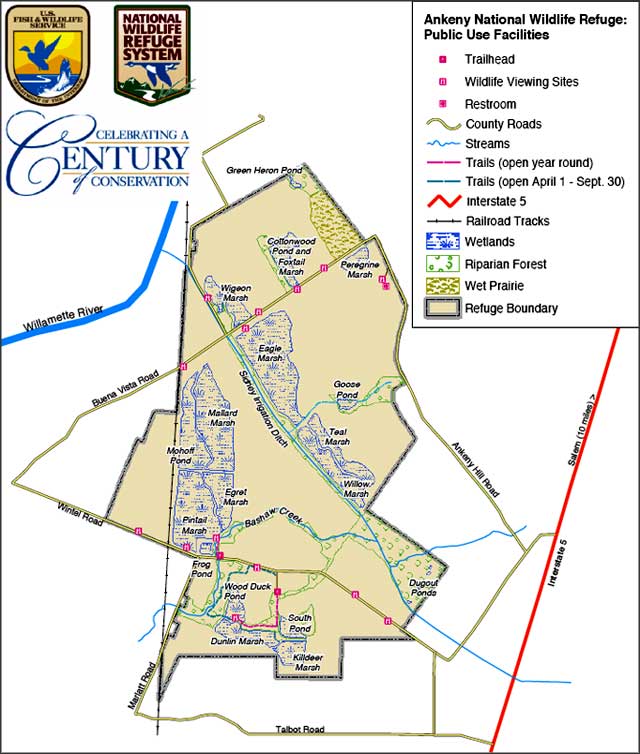