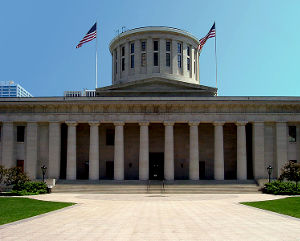 Archaeological evidence points to the countryside of Ohio being populated by humans as long as 13,000 years ago. That ancient civilization rose, then fell about 1,000 BCE, leaving little in the way of artifacts behind. After them came the so-called "Adena Culture," so-called because most evidence of their existence was excavated on the estate of Thomas Worthington named "Adena" (near Chillicothe, home of today's Hopewell Culture National Historical Park).

The Adena built semi-permanent villages and cultivated crops like sunflower, squash, beans and corn. It was the Adena who built the Great Serpent Mound. Around 100 BCE, the Adena became members of what is now known as the Hopewell Exchange System, a series of trade routes that extended from the shores of Lake Ontario to the Mississippi River to the southeastern United States. The exchange system flourished along waterways and was marked by extensive trading of exotic materials. The name "Hopewell" originated with the owner of the Hopewell Mound Group when it was first excavated in 1891-1892. It isn't known if the Adena evolved the Hopewell Exchange System or if it originated somewhere else and found its center in southern Ohio but the Hopewell were also great mound builders, constructing many of their earthworks to encode astronomical data and mark dates such as equinoxes, solstices, lunar maximum and minimum events and cross-quarter dates. After several hundred years, the Hopewell Exchange System declined and the civilization built around it was pretty much gone by about 600 CE. Other cultures moved into the area but didn't leave much evidence of their existence behind. They disappeared in the mid-1600's, most likely decimated by the diseases brought by early European explorers.

In the early stages of their invasion, the Europeans were only interested in the fur wealth of the Ohio countryside. From the mid to late 1600's, the countryside was repopulated by indigenous peoples who migrated west, displaced by the Iroquois Confederacy and attempting to escape the onslaught of Europeans in their ancestral homelands. Many of the "tribes" were refugees, gathering together in multi-ethnic, multi-linguistic "republics." The French sent traders who built a series of trading posts in the Ohio country and they prospered until 1754 and the beginning of the French and Indian War (known in Europe as the Seven Years War). When the French were vanquished both here and abroad, they ceded all claims over the Ohio Valley area to the British, who, in turn, gave up their claims in the Treaty of Paris (1783) that formally ended the American Revolution.

Back in those days, the Ohio Country was known as the Northwest Territory and included most of what is now Ohio, Indiana and Illinois plus the eastern half of the lower peninsula of Michigan and the eastern tip of the Upper Peninsula. As time for statehood approached, the Indiana Territory was split off and the present-day boundaries of Ohio were fleshed out. When Ohio finally was admitted to the Union, no official date of statehood was declared. That tradition didn't begin until 1812 with the admission of Louisiana. On the 150th anniversary of Ohio Statehood, Congress approved a bill making Ohio's date of statehood retroactive to March 1, 1803 and President Eisenhower signed it into law. 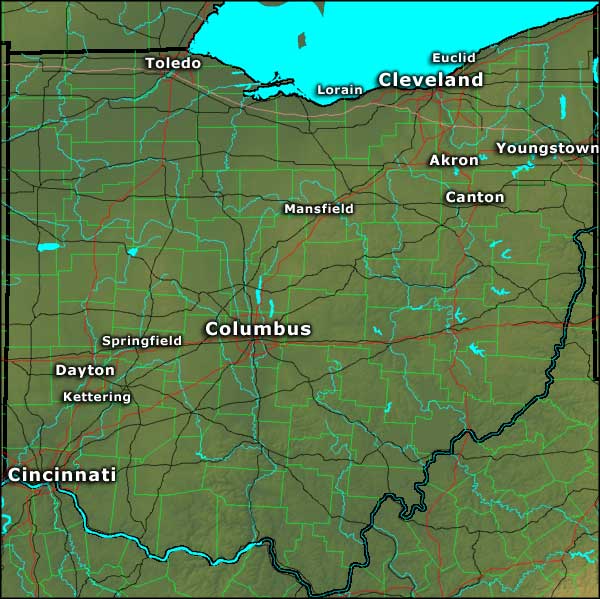