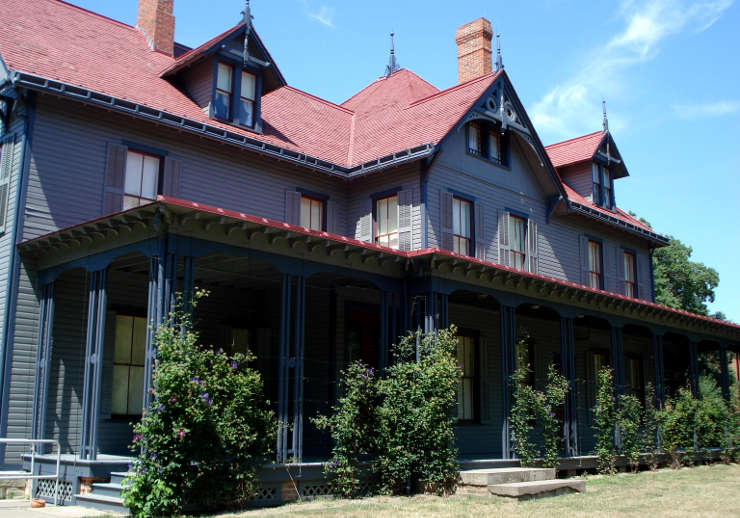 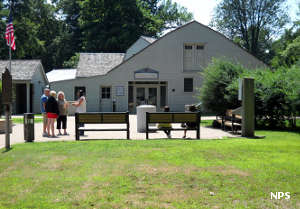 As the only President to reach the White House directly from the House of Representatives, James A. Garfield presents a number of firsts. He was the only ordained minister ever to be elected to the Oval Office. At the Republican Convention it took 36 ballots to determine that Garfield was the man, which set a record for the number of ballots needed to whittle down the field to one candidate.

Garfield had a large family and one of the reasons given for him to have purchased the property in Mentor was so that he could comfortably house all the family. However, as a Republican member of Congress, the Democrat Ohio Legislature redistricted his neighborhood in order to remove him from office. So moving to another district was a viable way to continue his political career. He bought the 5-acre property in 1876 and added 11 rooms to it the next year. In 1880 he ran for President and did a lot of his campaigning on his own front porch. He won the Presidency but was assassinated only a few months later.

The Garfield family continued living in the house for years: Lucretia Garfield added the Memorial Library wing to the building in 1885 and lived in the home part of every year until she died in 1918. Her brother, Joseph Rudolph lived there until he died in 1934. In 1936 the Garfield children donated the home and all its contents to the Western Reserve Historical Society for use as a museum. In 1980 Congress authorized the site as the James A. Garfield National Historic Site.

In the 1990's $12.5 million was spent over six years to renovate the property. They did an excellent job: the house is the most accurately designed 19th century Presidential site with more than 80% of the furnishings having been owned by the Garfields when they lived there. The site was co-managed by the Western Reserve Historical Society and the National Park Service until 2008 when the property was transferred into the sole control of the National Park Service.

From May1 to October 31 the James A. Garfield National Historic Site is open Tuesdays through Saturdays, 10 am to 5 pm. From November 1 to April 30 the site is open Fridays and Saturdays only, 10 am to 5 pm. Groups can make reservations during the week year-round by calling the main info number. The site is always closed for Thanksgiving, Christmas and New Year's Days. Entry fees: $5 per person age 16 and up, age 15 and under get in free. Tours of the house tend to vary with seasonal traffic but usually happen every hour during the day. The last tour leaves the visitor center at 4:15 pm. Reservations are requested for groups numbering 6 to 11 people and are required for groups of 12 people or more. The first Saturday of every month the "Behind the Scenes" tour occurs at 11 am. This is a tour of areas of the home and property that are not visited during the standard tour: the basement, servant's quarters, inside the windmill and the 1870's barn. Fee: $15 per person, age 16 and up. The third Saturday of every month the "Garfield and the Civil War" tour occurs, also beginning at the visitor center at 11 am and costing $15 per person age 16 and up. James Garfield led Union troops during the Civil War and his efforts at the battle of Chickamauga and Sandy Valley led to him being promoted to Brigadier General at the age of 30. The tour includes a discussion of his Civil war exploits and those of his brother-in-law General Joseph Rudolph and concludes with a tour of the Rudolph suite on the third floor of the house. 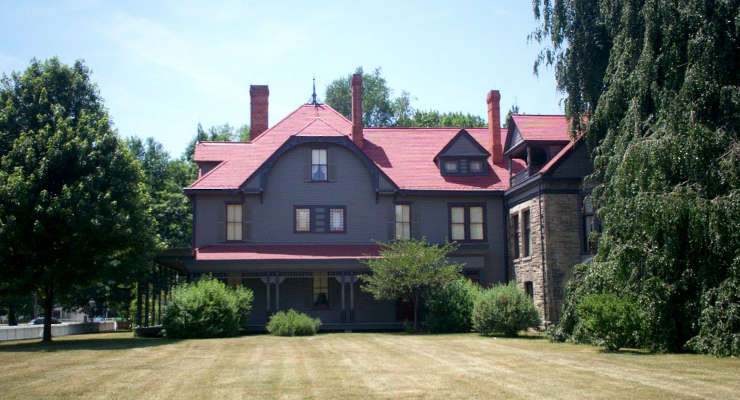