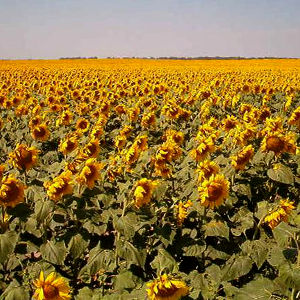 North Dakota was carved out of Dakota Territory, and admitted to the Union as a state on the same day in 1889 as South Dakota. There was some official shuffling of papers that day on the desk of President Grover Cleveland and it went unrecorded which order was signed first but within a few minutes, both South and North Dakota were officially states. Because of the alphabetical thing, North Dakota is usually listed as the 39th state while South Dakota is usually registered as the 40th state.

North Dakota had long been a favored place of settlement among the Native American tribes when the French La Vérendrye's arrived in the Mandan villages near what is now the state line between North Dakota and Montana in 1738. When Lewis and Clark came to the area in 1804, they found several French trappers living in the Mandan villages. It was there that they met and hired Toussaint Charbonneau to act as guide and interpreter in their journey westward. With Charbonneau came his pregnant wife, Sacajawea, a Shoshone woman who'd been captured in a Mandan raid on a Shoshone village in what is now Idaho several years earlier. These days you'll find lots of things in North Dakota named after Lewis & Clark and after Sacajawea (although the North Dakotans prefer to spell it "Sakakawea").

In 1870, the population of North Dakota was estimated at less than 2,000 people. By 1930, that number was close to 680,000 (and the population hasn't surpassed that since). In the early days, the economy of the state revolved mostly around the fur trade. Then gold was discovered in the Black Hills (in South Dakota). When the railroads arrived in the late 1800's, they engaged in huge land promotion schemes and attracted large numbers of North European immigrants to farm the land. Agriculture is still the biggest part of the economic pie but, these days, oil shale development is coming on strong. North Dakota has also historically been short on jobs for college graduates, at the same time North Dakota is ranked number one for the percentage of millionaires per capita in the general population.

About 5% of the state's population is Native American. There are a number of discrete tribes in the state and the powwows held every year are among the largest in the country. North Dakota also has large populations of descendants of Icelandic, Norwegian and German immigrants who arrived between 1870 and 1900. Another large influx of population came with a round of Federal construction projects in the 1940's and 1950's that built the huge Air Force Bases at Minot and Grand Forks and Garrison Dam on the Missouri River (which created Lake Sakakawea, third largest man-made lake in the United States).

In the days of the Great Depression, the North Dakota Legislature enacted some rather different banking regulations. One of those forbids a bank from owning "farm land." Because of that, North Dakota is the only state in the country where the amount of land classified as "agricultural" is rising. North Dakota is also the state hit least by the banking crises of 2008-2012 because the state's banks are so heavily regulated and the local banking industry is so little penetrated by the large national banks. 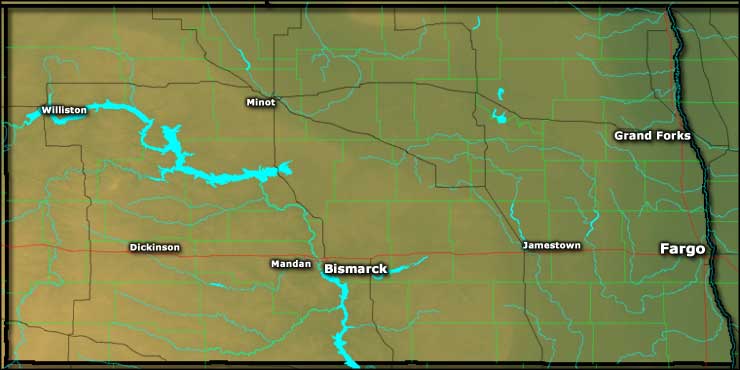