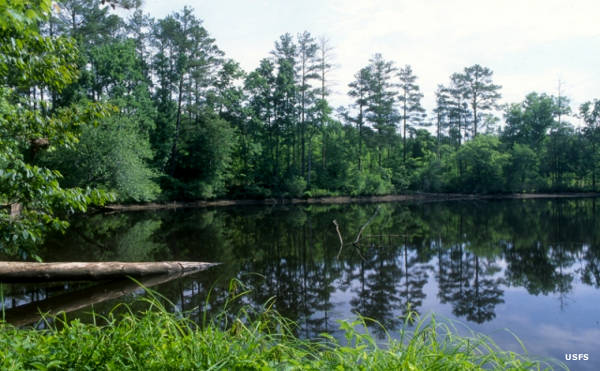 Uwharrie National Forest is a 50,645-acre property in south-central North Carolina. The Federal government came into possession of the land in 1931 and President John F. Kennedy signed the documents creating a National Forest out of it in 1961.

The name comes from the Uwharrie Mountains, a geologically ancient landform that the forest sits among the remnants of. Gold was discovered in the area in 1799 and the first real gold rush was on, for a few years. Activity has been off-and-on ever since, the last big flurry happening during the Great Depression. Panning for gold is still a favored recreational activity in the streams of Uwharrie.