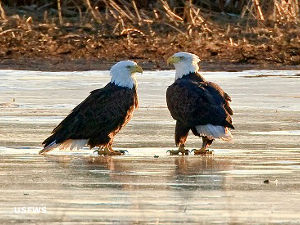 Wallkill River National Wildlife Refuge is a 5,100-acre property that straddles the New York-New Jersey state line in northwestern New Jersey. Wallkill River NWR was established by Congress in 1990 and is still growing (as funds become available). While the management emphasis is on Federally-listed endangered and threatened bird and animal species, the refuge also offers opportunities for public use. There are three canoe access sites and three fishing access sites on the Wallkill River, plus three maintained nature trails for wildlife observation.

About 1,800 acres of Wallkill River NWR is old field and grassland. The grassland vegetation is a mix of Kentucky bluegrass, timothy, orchard grass, reed canary-grass and smooth brome. 57 acres have been planted with big and little bluestem, switchgrass and Indian grass. The old fields are covered with wild bergamot, Canada thistle, common mullein, ox-eye daisy, common milkweed, asters and goldenrods. On a regular basis, the fields and grasslands get hayed, mowed and burned.

Another 400 acres of the property is composed of upland shrubberies: multiflora rose, eastern redcedar, gray dogwood, staghorn sumac, gray birch and quaking aspen. Most of the refuge's 1,500 acres of wooded wetlands are red maple swamps along the Wallkill River, although there are some areas of white cedar swamp. Atlantic white cedar used to be spread all over the Eastern states but the habitat has shrunk considerably from years of harvesting without any effort at replanting. The Nature Conservancy thinks the Atlantic white cedar swamp is a globally endangered ecosystem because there is so little of it left.

About 100 acres of Wallkill River NWR is open water, another 600 acres is wet meadow and about 400 acres is considered scrub-shrub wetland. All of this type of habitat caters to birds and animals on the state and federal endangered and threatened species lists.

Wallkill River National Wildlife Refuge is managed for the plants and animals first, people second. So the property is only open from sunrise to sunset. Be careful of the poison ivy, poison sumac and ticks. As the Appalachian Trail runs along a section of the Liberty Loop Trail, that is the only area where dogs are allowed, and even then, they must be accompanied by a through-hiker of the Appalachian Trail and must be on short leashes. No camping, campfires or overnight parking is allowed. No motorized vehicles, no bicycles, no jogging, no horses. If you find something interesting in walking around the property, leave it where you found it.

To get there: Find your way to State Route 23, then to County Route 565 (Glenwood Road). The Refuge Headquarters is just off Glenwood Road. 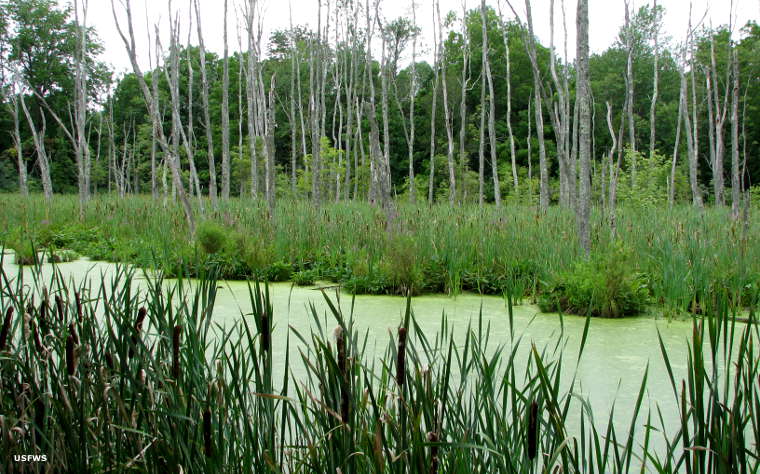 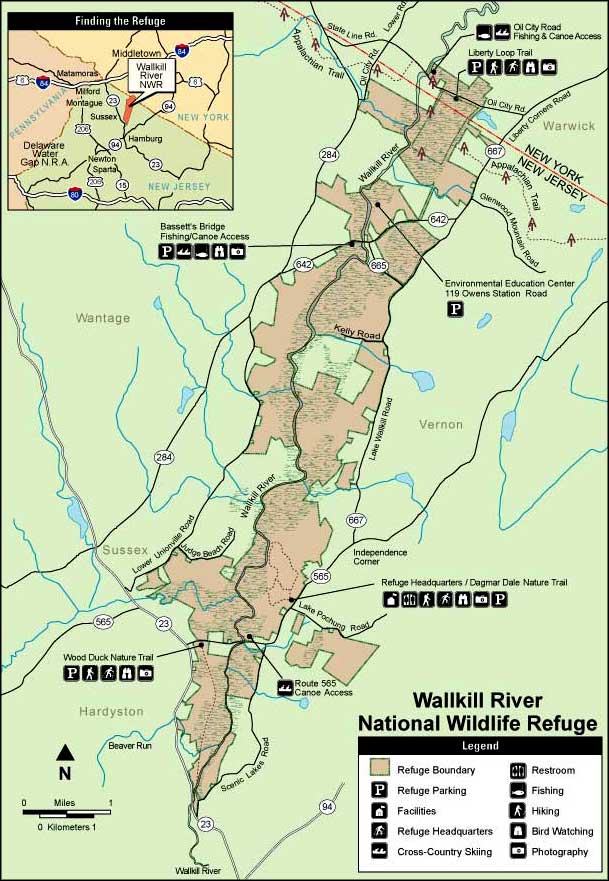