South Fork Dam was completed in 1988. It was built on the South Fork of the Humboldt River about 20 miles south of Elko. The reservoir is operated on the principle of "flow in, flow out," which protects water rights downstream and minimizes wildlife impacts throughout the South Fork drainage and along the downstream length of the river. As the control system maintains relatively stable water levels in the reservoir, the lake has evolved into a highly productive trophy fishery. What were once densely vegetated meadows now raise rainbow and brown trout, cutthroat trout, largemouth and smallmouth black bass, wiper hybrid bass and channel catfish in large numbers and to trophy size. Most fish caught in the lake tend to have exceptional girth compared to their length...

The property the recreation area sits on was once the thriving Tomera Ranch. This area was first settled in 1867 because of the steady water supply and the nearness to many mining camps in the nearby mountains. The Tomera family sold the property to the State of Nevada in 1983 and the dam was built a few years later. As the only water held back by the dam was excess snowmelt overflow, it took until 1995 for the fertile meadows in the wide river valley to fully disappear under the waters. The bluffs that visitors see now around the lake are older river terraces from the days of the Ice Ages.

South Fork State Recreation Area is comprised of the 1,650-acre South Fork Reservoir and the surrounding 2,200 acres of rolling hills and meadowlands. This is a popular area for camping, boating, picnicking, hunting, wildlife viewing, and winter sports. The reservoir is justly famous for its trophy Rainbow and Brown trout and bass fishing (and special fishing regulations are in effect). Archery and shotgun hunting are allowed in season (carry proper licensing in your pocket) but steer at least 1/4 mile clear of all developed campsites and boat ramps. 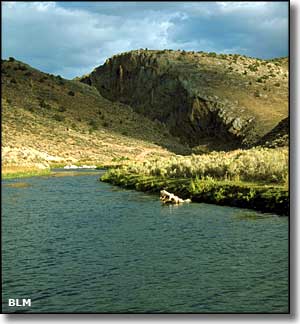 South Fork State Recreation Area allows picnicking almost everywhere but there are no developed day-use facilities. There is a 25-site campground near the north park access road. The campground is open from early May to November 15 and offers campsite tables, fire grills and a flush-restroom with showers. Open camping is also allowed along the western shores of the reservoir. Near the north park entrance road is an RV dump station that is open year-round. Most of this area is Pack it in, Pack it out.

South Fork State Recreation Area is open year-round and is located on State Route 228, 16 miles south of Elko, near the western foothills of the Ruby Mountains (the Ruby's are actually 10-15 miles to the east and rise to 11,387' at Ruby Dome). 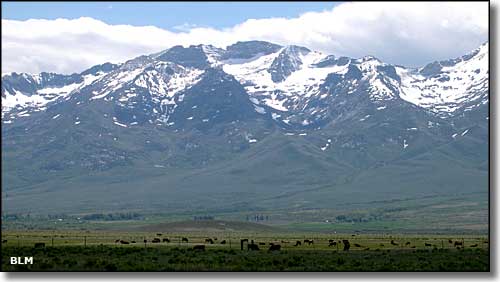 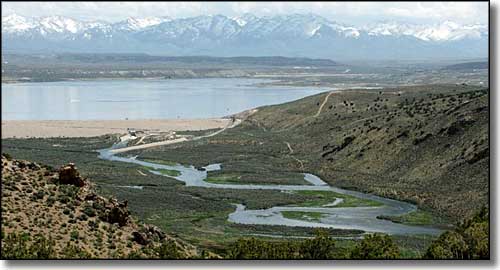 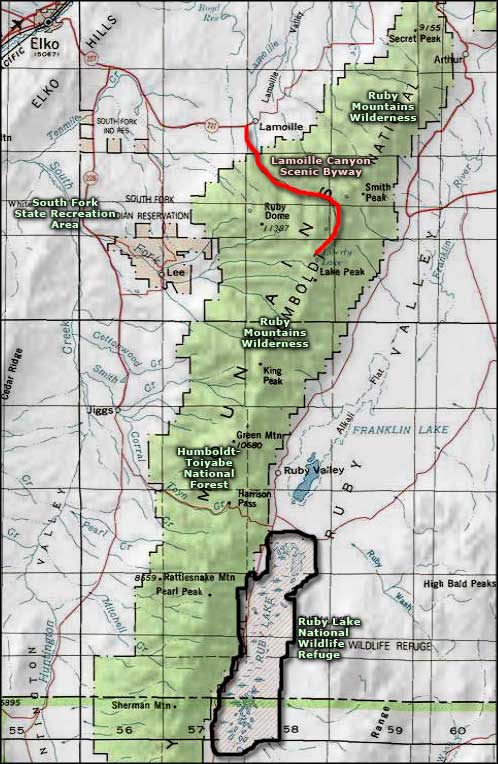