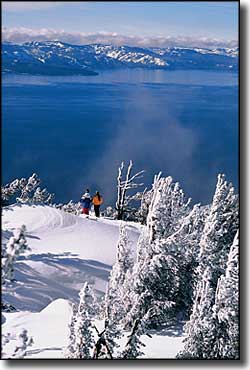 Most of the early non-native settlers in Nevada were Mormons, intent on expanding their influence in the western territories. Then folks started finding silver in the mountains. When news got out, hordes of prospectors descended on Nevada and fortunes were made overnight. As usual with mining fortunes, the mines played out pretty quickly and the money was gone almost as quickly as it came. Whole cities of miners were traipsing back and forth across the mountains and deserts of Nevada for years, making their way from one rich strike to the next. Towns would be built in a matter of days, then they'd burn down and get rebuilt in stone. Then the mines would play out and everyone would leave. Nevada is full of ghost towns attesting to this cycle.

Nevada became the 36th state just eight days before the presidential election in 1864. It was maybe half of its present size in those days. Then gold was discovered at Gold Butte in what was Pah-Ute County, Arizona. As this was on the western side of the Colorado River, Congress didn't feel Arizona Territory had the resources necessary to deal with the expected influx of population. So Congress transferred that part of Pah-Ute County west of the Colorado to Nevada in May, 1866. That's the land that is now Clark County (which includes Las Vegas). Arizona tried to reverse that decision for several years but we all know now what happened with that. In 1868, Congress ripped off another section of western Utah and added it to Nevada's territory to get to the boundaries Nevada enjoys today. 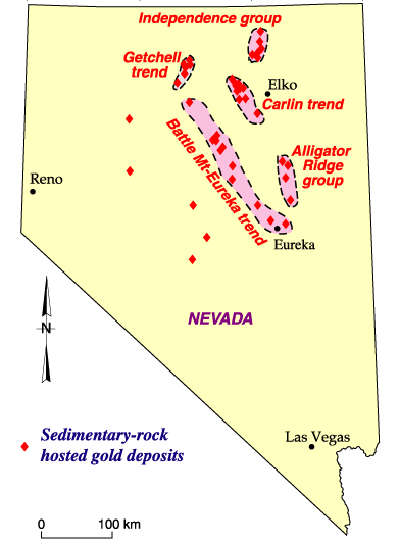 In the 1890's, both mining and population were dropping off in Nevada, then a rich silver strike happened at Tonopah in 1900. That was quickly followed by gold strikes in Goldfield and Rhyolite and the population started growing again.

Today, there's a number of small gold and silver mines around but the only big ones seem to be on the Carlin Trend in northeastern Nevada. The Carlin Trend marks the suture line where the ancient geological Antler terrane welded itself to what was then the West Coast of North America. Effects from that collision carried on for hundreds of millions of years as further collisions occurred to the west of that line and the mountains of the Sierras and the Coast and Peninsular Ranges were built up.

Copper mining was big for many years, too, then that ore ran out. Copper was concentrated by marine organisms millions of years ago. As those organisms died, their remains fell to the bottom of the sea and slowly accumulated into deposits with enough concentration of copper (and silver, gold and lead) to attract today's mining interests. But copper deposits are indicative of land that spent hundreds of millions of years at the bottom of the ocean and is now well above sea level in the churning of the deep Earth magma and the plate tectonics.

Gambling (the mining of people's pockets) was re-legalized in 1931 and Nevada hasn't looked back since. Still, more than 80% of Nevada is owned by the Federal Government, which makes property tax revenues hard to come by in most of the state. As far as income taxes go, Nevada has neither a personal nor a corporate income tax. 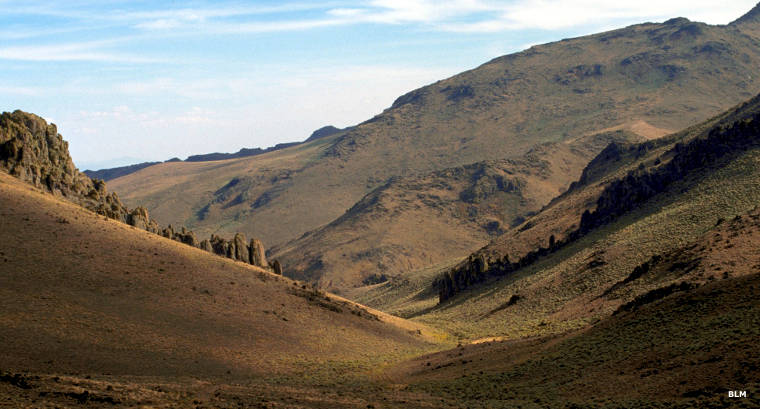 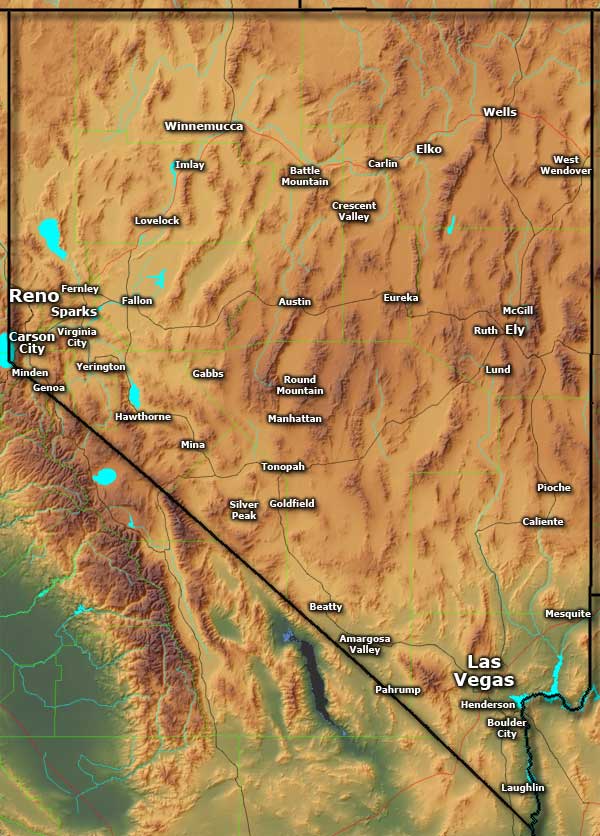