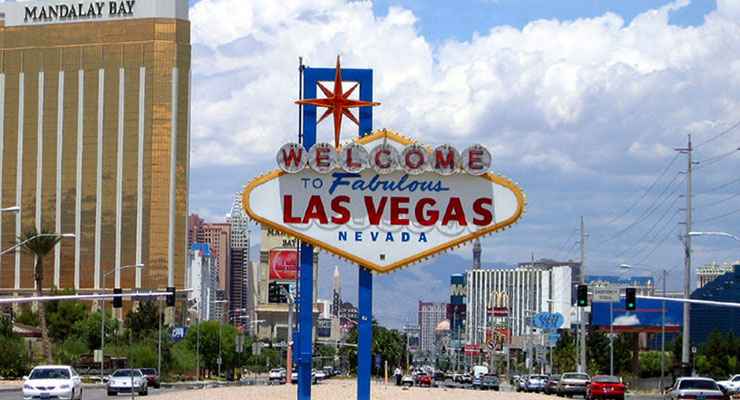 At the south end of the Las Vegas Strip looking north

A designated All-American Road, the Las Vegas Strip is louder, brighter and bigger than anywhere else. This is the only scenic byway in Nevada that is more striking at night than during the day. This massively concentrated collection of neon and lights carries about 75 years of historic glitz and roadside "charm." If you're coming to Las Vegas from anywhere else in the world, this is probably going to be one of your first destinations.

Technically speaking, "the Strip" refers to Las Vegas Boulevard from Russell Road to Sahara Avenue, a little more than 4 miles. This corresponds to the district between Mandalay Bay on the south and Stratosphere on the north. In between you'll find water fountains and waterfalls, a pirate ship, a volcano, almost never-ending circus acts, Paris, Venice (complete with a canal and singing gondoliers), New York, Monte Carlo, Mandalay Bay, and cultural icons such as Excalibur and the pyramid at Luxor. There's a roller coaster at street level at New York, New York, and another at the top of the Stratosphere Tower. You can drive, ride the monorail, bike, walk or take a city bus on this street that never sleeps. 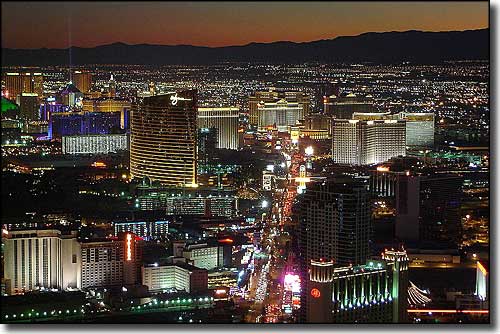 The view south from near the top of the Stratosphere 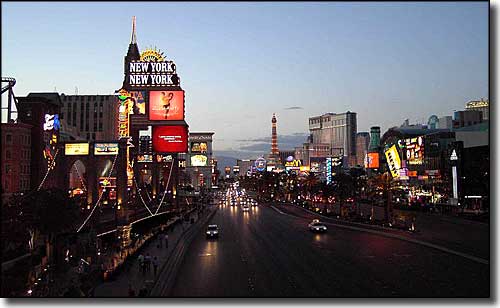