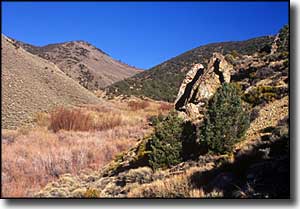 The White Mountains are a high and dry range that descends eastward through numerous colorful canyons into the Nevada desert. Most folks climb Boundary Peak from the Nevada side and some scramble across the connecting ridge and bag Montgomery Peak, too. Some of these steep canyons come to an abrupt end at a spot where ancient waterfalls once carved into the rock. This is an area where you'll want to have a good map in hand and expert knowledge in how to locate yourself on that map.

The mountains are primarily granite with an overlay of sedimentary rock. Exposed in some areas are fossils dating back about 600 million years. Most of Boundary Peak Wilderness is above treeline, and as such, can be a relatively dangerous place with gale-force winds and frequent lightning storms. 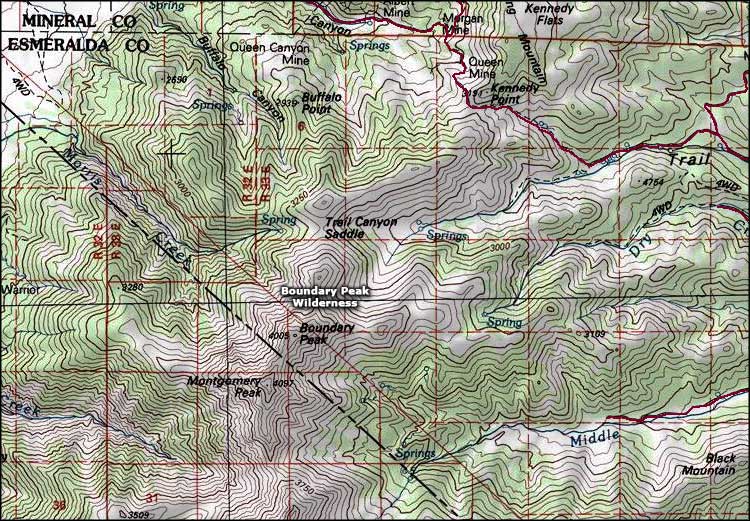