The 2,542-acre Pablo National Wildlife Refuge is contained on the Tribal Trust Lands of the Confederated Salish and Kootenai Tribes about 2 miles south of the town of Polson. Most of Pablo NWR is surface water on a reservoir, leaving about 692 acres of exposed land in a narrow belt around the water.

Pablo National Wildlife Refuge is prime nesting habitat for bittern, American widgeon, gadwall, coot, common merganser, Canada geese, green-winged teal, great blue heron and various species of duck, including mallard, redhead, ruddy and pintail. There is also at least one pair of nesting bald eagles in the area. 19 Trumpeter swans were released here in 1996 in a so-far-successful attempt to establish a breeding flock in the area. The reservoir offers largemouth bass and yellow perch to the angler while badger, striped skunk, porcupine, mink and muskrat can be found scurrying around on the ground.

Fishing in accordance with tribal, state and federal regulations is allowed but hunting is not: the refuge closes every year during waterfowl hunting season. However, adjoining state-owned lands managed by the Montana Department of Fish, Wildlife and Parks are open for waterfowl and pheasant hunting in season on a first-come, first-served basis.

Pablo NWR is located directly off of US Highway 93, about 2 miles south of Polson. Turn west on Reservoir Road and go about 1.5 miles to the information kiosk. The U.S. Fish & Wildlife Service operates the refuge as an easement, meaning jurisdiction covers species and habitat management and protection only. The refuge is administered out of an office at the National Bison Range. 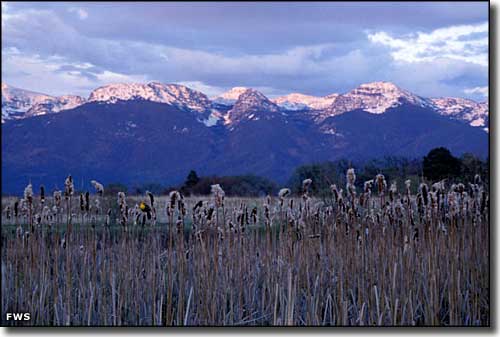 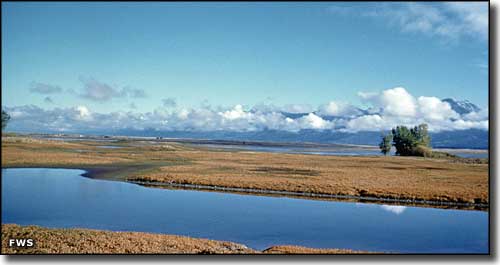 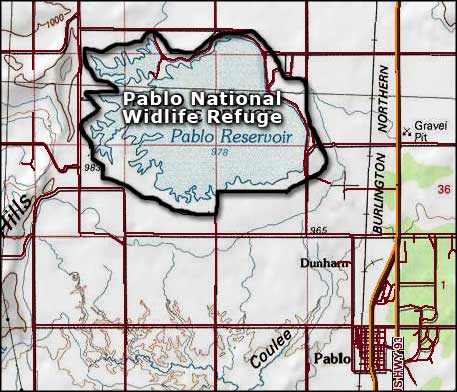