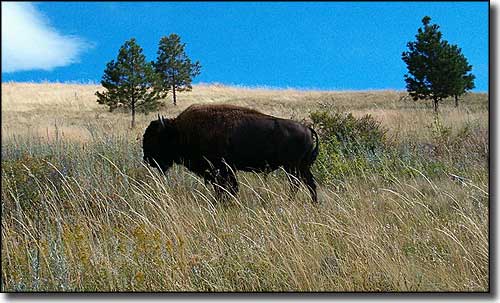 A bison roaming free at the National Bison Range

The National Bison Range was established in 1908 to preserve and protect the last few remaining bison after a decades-long governmental policy of eradication in order to remove vital food supplies from the Plains Indians' diet, and render the Native Americans more amenable to confinement on limited reservations. In those days, beef cattle were considered to be more desirable as a food source even though beef has a significantly higher fat content per pound and a lower protein content.

The National Bison Range is located in an area of narrow canyons and steep hills at the southern end of the Flathead Valley, between the Salish Mountains and the Mission Mountains. There is a nicely equipped Visitor Center on the property and there are 2 scenic drives that begin and end there. The shorter is the Buffalo Prairie Drive while the longer, the Red Sleep Mountain Drive, is a 2-hour self-guided tour with interpretive signage that travels through the further reaches of the National Bison Range.

To get there: the Refuge entrance is at Moiese on County Road 212, about 45 minutes north of Missoula and 45 minutes south of Polson (off US Highway 93 from both directions). 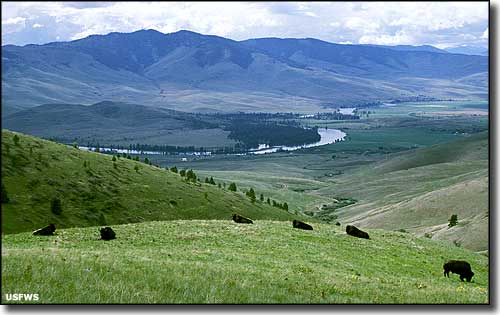 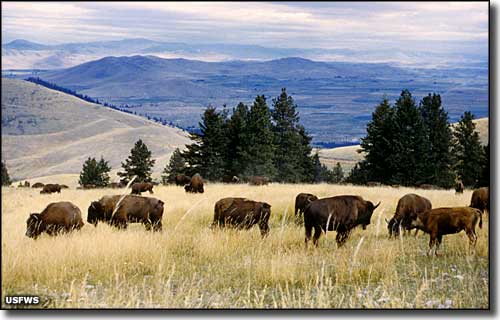 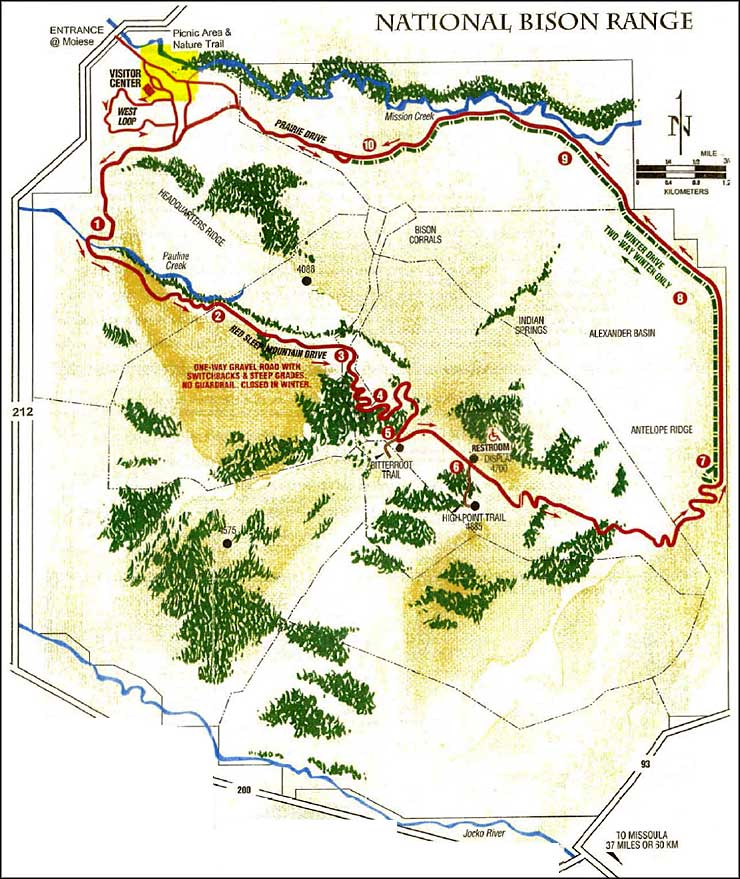