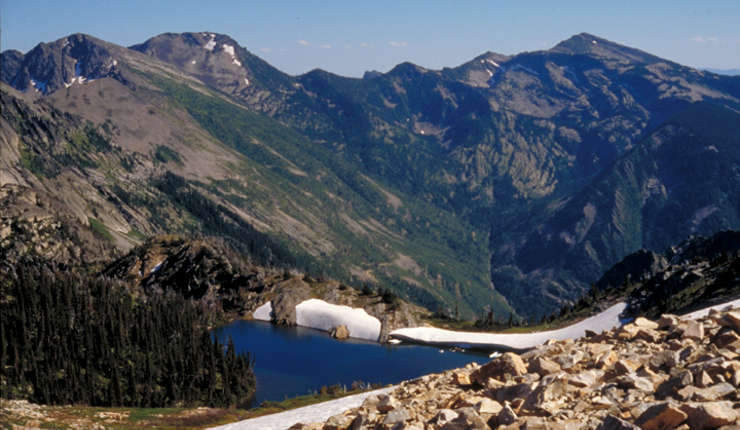 The Cabinet Mountains Wilderness contains 85 small lakes, many of them stocked periodically by air. There are numerous drainages below the high ridge top panoramas and alpine meadows that feed into the Clark Fork and Kootenai Rivers. Elevations vary from about 2,500' at the foot of the mountains to the summit of Snowshoe Peak at 8,738'. The peaks here usually see snowfall from September into July. This is a much wetter area than most of the rest of Montana and there's quite a few plant species here from the West Coast, including giant Western Red Cedars that do well in the deep river valleys but not so well on the open ridges. There are also some huge berry thickets with huckleberries, thistleberries and wild blackberries. It's in these areas that you'll most likely find the few grizzly bears that still survive in the Cabinets.

The primary big game species is elk, but there are also lots of deer, mountain goats, moose, mountain lions, black bears and smaller mammals. There are more than 20 good hiking trails, some of which see pretty heavy traffic, but the trails only provide access along the streams to the good fishing lakes, which means only about 15% of the Cabinet Mountains Wilderness.

Springtime in the Cabinet Mountains 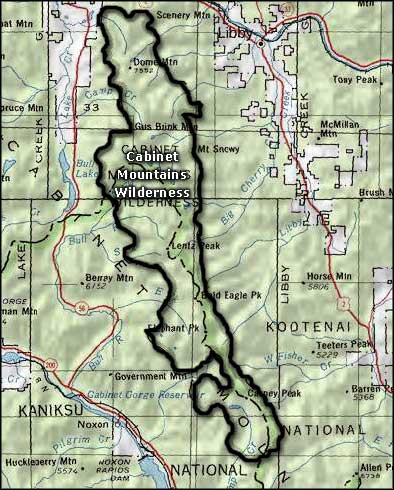