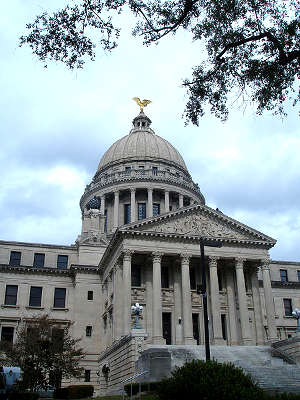 Most folks think of the Mississippi River when they hear the name "Mississippi," and rightly so. Folks also think of big cotton plantations and other big agriculture. However, once you get away from the area of the Mississippi River Delta, you're in a state that is heavily forested (more than 50% is covered with big pines). There are no big mountains so the state is relatively flat with a mean elevation around 300 feet above sea level.

The prehistoric Mississippian culture got its name from Mississippi. These folks were the great Mound Builders and their mounds built for religious and ceremonial rituals still stand throughout the Mississippi and Ohio River valleys.

The first Europeans to visit Mississippi were with the Hernando de Soto Expedition in 1540. The next group were French, and they built a settlement near what is now Biloxi in 1699. In 1716, the French founded Natchez and it became the principal settlement and trading center in Mississippi for many years. With the signing of the Treaty of Paris in 1763 (ending the Seven Years War and the French and Indian War), France ceded all its territory east of the Mississippi River to Great Britain. The United States took over after the American Revolution, formally creating the Mississippi Territory in 1798. The Adams-Onis Treaty of 1819 (where the United States traded land claims south of the Arkansas River in Kansas, Colorado and Oklahoma in return for Florida) brought that strip of land across south Mississippi and Alabama that connected the American territories with the Gulf of Mexico. 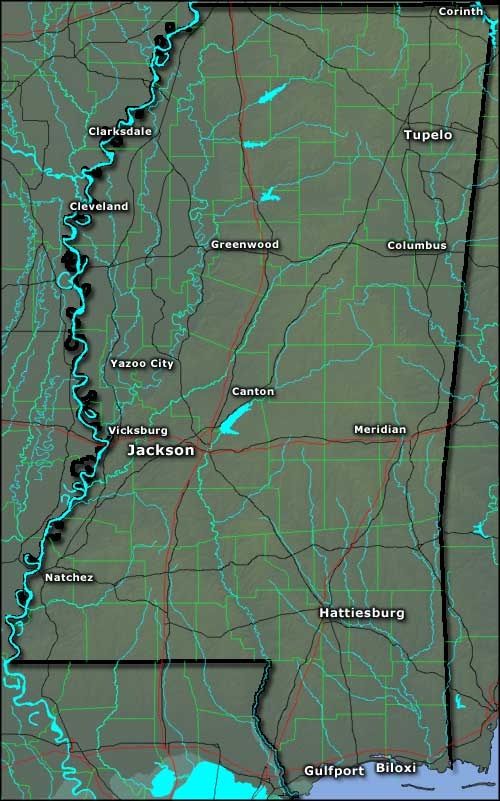