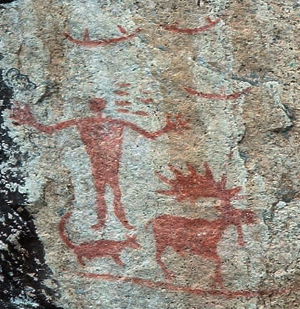 Boundary Waters Canoe Area Wilderness is an 814,441-acre property located along the northern edge of Superior National Forest. Most of northern boundary of the wilderness is against Ontario's Quetico Provincial Park. To the west, and often used as an entry point to the wilderness) is Voyageurs National Park. Downstream to the east is the Grand Portage Indian Reservation, home to many of the Ojibwe people living in Minnesota. The pictographs on the rocks near Hegman Lake have been attributed to Ojibwe artists who lived perhaps 200 years ago. European colonization in the east pushed the Ojibwe westward until they infiltrated the area west of Lake Superior in the mid-1750's. Before the Ojibwe there were only a few Sioux in the area and they moved westward with the arrival of the Ojibwe.

Boundary Waters Canoe Area Wilderness offers 18 hiking trails, more than 1,200 miles of canoe routes and more than 2,200 designated campsites. Permits are required for all over-night visits to the wilderness. Between May 1 and September 30 there is a quota system in place to restrict the number of daily users in the area. Permits during that time period must also be reserved in advance. The rest of the year there are no quotas but permits are still required.

The North Country National Scenic Trail passes through the wilderness via the 65-mile Border Route Trail and the 41-mile Kekebac Trail. There are archaeological sites in the wilderness dating as much as 10,000 to 12,000 years old. There are also many resources in the area dating from the Woodland period, about 500 BCE to about 1650 CE. It was in the mid-1600's that the real presence of the Europeans was felt as their diseases spread like wildfire among the susceptible native populations, reducing many tribes by half and more. The area is peppered with the remains of historic Native American camping sites, villages, wild ricing areas, cemeteries, pictographs and sites of traditional and spiritual importance. There are also sites that figure in the early history of French penetration of the area and their efforts to build up the fur trade. By the early 1800's, however, the area had been pretty much trapped out and the center of the business moved progressively north until it reached Hudson Bay before dropping off.

After the Revolutionary War it became clear the map the boundary line was set on was wrong and there was dispute about the line between Lake Superior and Lake of the Woods. The British wanted the line further south while the Americans wanted it further north. Eventually it was settled in the Webster-Ashburton Treaty of 1842 along an ancient trade route that followed the Pigeon and Rainy Rivers.

Gold, silver and iron were discovered in the nearby area in the 1870's and that led to mining and logging operations expanding northward for the next 50 years. It's that push that caused the creation of the national and state forests in the area. 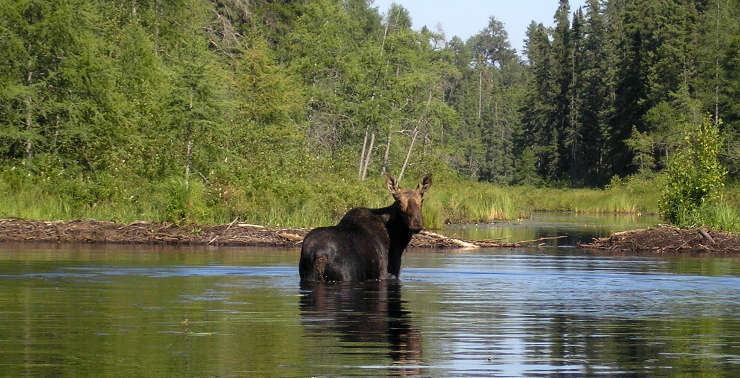 A moose in the water 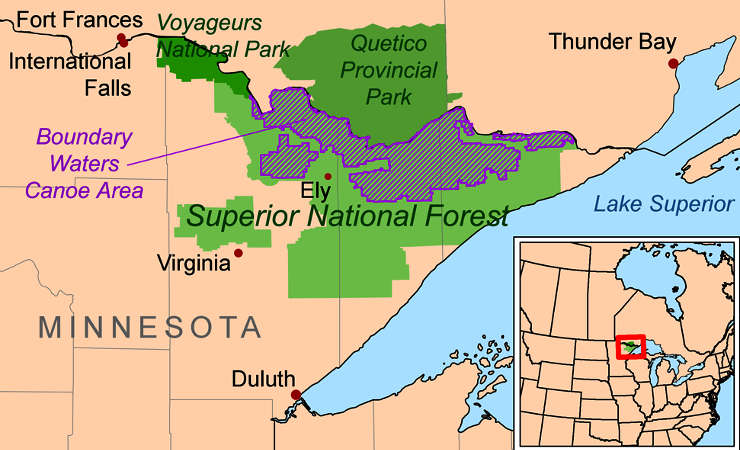