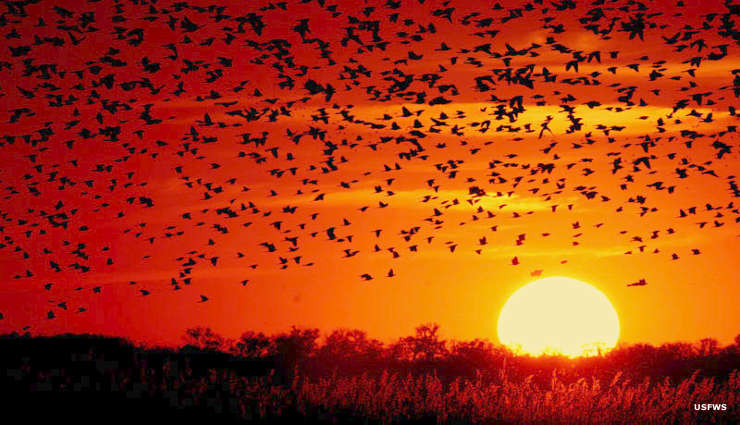 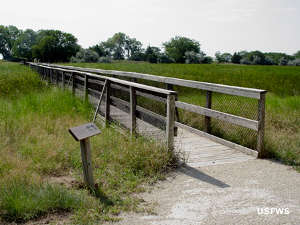 Quivira National Wildlife Refuge is a 22,135-acre property in central Kansas. About 7,000 acres is classed as wetlands, another 13,000 acres as sand dunes covered with prairie grasses (this is where tallgrass eastern prairie meets shortgrass western prairie), about 1500 acres is forested and 1200 acres is plowed and planted farmland. Cattle are allowed to graze in certain areas to emulate the grazing of bison. For thousands of years bison were an important part of the ecology of the Great Plains but there are so few bison left (comparatively speaking), and none on the refuge. 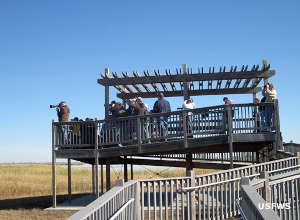 For human visitors, Quivira National Wildlife Refuge offers almost 45 miles of roads either within or alongside the boundaries of the refuge. The Auto Tour route runs close to Big Salt Marsh for about 15 miles, including the 5 miles of the Wildlife Drive. Parking is allowed only at any of the 30 marked parking areas. There is an observation tower near the visitor center next to Little Salt Marsh.

There is an observation platform and spotting scope along the Wildlife Drive. There are several miles of maintained hiking trails and interpretive signage along some of the trails and roads. 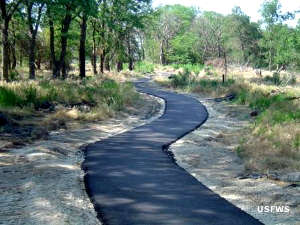 The Quivira NWR office and visitor center is open Mondays through Fridays, from 7:30 to 4 pm except for Federal holidays. The office is open on some weekends in the spring and fall, too. The property itself is open every day of the year, from 1.5 hours before sunrise to 1.5 hours after sunset.

Hunting is allowed on about 8,000 acres of Quivira NWR, in accordance with Federal, state and refuge regulations. Wildlife you can hunt: dove, snipe, quail, waterfowl, pheasant, rabbit, rail and squirrel. No hunting for deer, sandhill cranes or turkey.

Fishing is allowed in all waters on the refuge but the bank and pier on the north and east sides of Little Salt Marsh and several access points along Rattlesnake Creek are the most popular places to drop a line in the water. Channel catfish and carp are the most common fish caught. There is also a Kid's Fishing Pond located near the visitor center, for kids age 14 and under. Adults may fish there only when accompanied by a fishing child.

Whooping cranes on the refuge 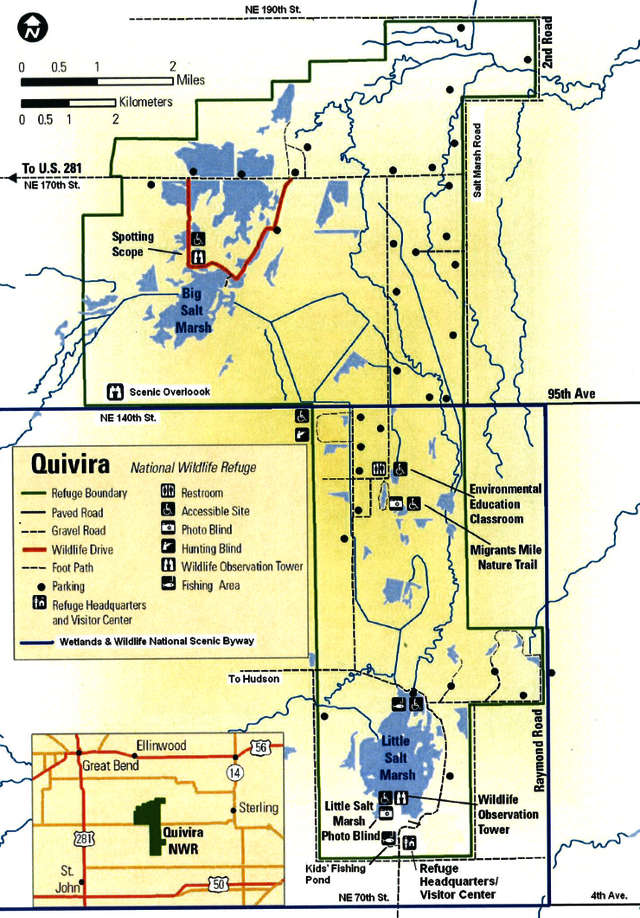