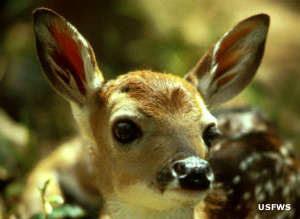 The Driftless Area is a 24,000-square-mile area in Iowa, Minnesota, Wisconsin and Illinois that escaped virtually all the effects of glaciation. Last time the glaciers got close was about 12,000 years ago. This countryside with the karst geology has never been scraped level: what we see today is what's happened over half-a-million years of wind and water eroding their way into the limestone bedrock. The canyons are deep and narrow, the slopes steep and rocky, the cliffs sheer and high. The glaciers did get close enough that many of the seeds and spores they carried from up north were left behind when the ice melted. The Driftless Area National Wildlife Refuge is actually a collection of non-contiguous tracts of land totaling about 911 acres, spread across the four states. Some sites are only a couple acres in size, others a couple hundred acres.

Karst geology means sinkholes and lots of underground water. In the Driftless Area, air is pulled down into the ground through sinkholes and forced past ice-cold groundwater to vents in the talus (loose rock) that covers many north-facing slopes. It's a type of natural air conditioning that allows plants and some animals from Arctic and sub-Arctic regions to flourish. It's also an area where certain glacial relict species continue to survive, although some are on the Federal endangered and threatened species lists. A good part of the mission at Driftless Area National Wildlife Refuge is to protect and restore these talus-covered slopes in order to better help some of the relict species to survive.

The Pine Creek, Fern Ridge and Howard Creek units are generally open from sunrise to sunset, every day of the year. The other 7 units are closed to the public to protect the algific (cold air) talus slopes and the endangered species that critically need that habitat. The refuge office is open from 8 am to 4:30 pm Mondays through Fridays, except for Federal holidays. There are no entry fees involved.

Those parts of the Driftless Area National Wildlife Refuge that are open to the public are day-use only. Camping, campfires and vehicles operating off-road are not allowed.

Vegetation growing on limestone bedrock in the Driftless Area 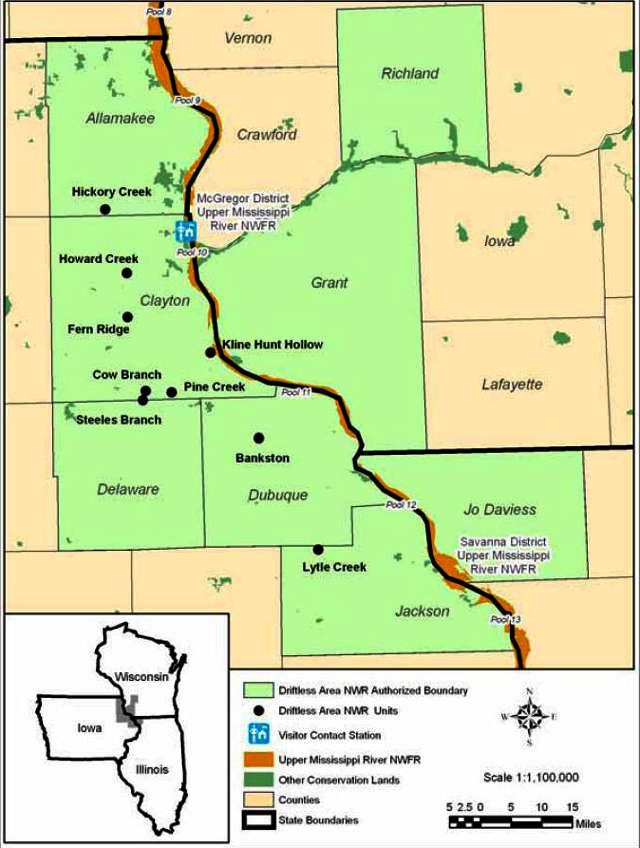