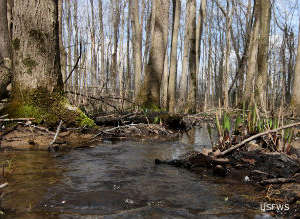 The Patoka River National Wildlife Refuge and Management Area was established in 1994 along the Patoka River in southwestern Indiana. Authorized to grow to 22,472 acres, there are presently about 6,600 acres of wetlands, uplands and floodplain forest stretched out along 30 miles of the river valley. Included in the NWR is the satellite Cane Ridge Wildlife Management Area.

There are more than 12,700 acres of wetlands within the refuge boundary and about 55% of that is bottomland hardwood forest. These are areas where the terrain is relatively flat and poorly drained. Typical trees found in these areas: pin oak, swamp white oak, sweetgum and shellbark hickory. Refuge staff have replanted more than 1,000 acres of former hardwood forest in their efforts to restore the ecosystem to what it was before the Euro-Americans arrived.

Staff have also been working to increase the acreage growing canebreaks as more than 98% of the canebreaks growing in the United States 200 years ago has been wiped out. Cane is an essential element in the hardwood forest ecosystem and many insects and animals rely on cane for their survival. 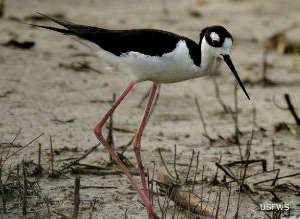 Patoka River National Wildlife Refuge has also been acquiring land that has been reclaimed from the strip mining done by coal operators in the area. These areas begin as wildflower-strewn grasslands because the soil is generally too compacted for other plants to grow. The grassland provides habitat for a number of small mammals and birds, among them the Federally endangered Henslow's sparrow.

More than 250 species of birds have been documented on the refuge. One of those, the interior least tern, is on the Federal endangered species list. Special gravel nesting islands with predator exclosures have been constructed on the Cane Ridge Unit and now, the terns that nest there are adding about 40 chicks per year to the overall population of about 8,000 interior least terns in the country. The terns tend to be in-house from mid-May through late August.

Patoka River National Wildlife Refuge offers human visitors an auto-tour route and several hiking trails. The Snakey Point Marsh Complex is probably the most visited area of the refuge as there are 2 miles of hiking trails, a fishing pier and direct boating access to the marsh. The refuge is open to the public daily, year round from sunrise to sunset. There are no visitor/user fees involved. Refuge boundaries are not signed as land acquisition is continuing.

Cane Ridge Wildlife Management Area is operated as a sanctuary and virtually the entire property is off-limits to the public. There is an observation deck available along the highway so folks can see some of the nesting islands and wetlands. 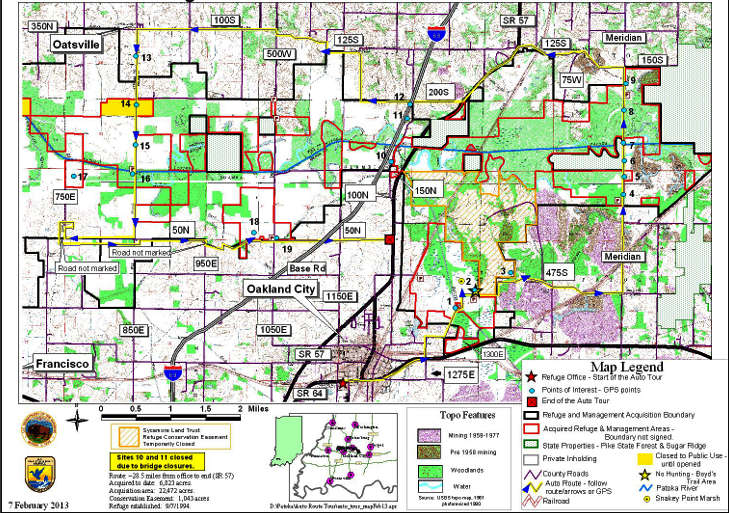