On the beach at James Campbell National Wildlife Refuge 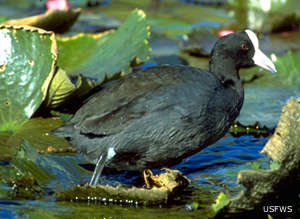 The refuge was established in 1976 under a 55-year lease with The Estate of James Campbell. Then US Fish & Wildlife purchased 222 acres outright and signed conservation easements on another 38 acres in 2005. Less than a year later, US Fish & Wildlife purchased another 840 acres from The Estate and expanded the footprint of the wildlife refuge to the 1,100 acres in hand today.

Originally, the primary mission of the James Campbell National Wildlife Refuge was to preserve and protect critical habitat for the Hawaiian Coot, Hawaiian Duck, Hawaiian Stilt and Hawaiian Galinule, all four of Hawaii's native waterbirds being on the Federal endangered species list. With the expansion of the refuge came an expansion of mission. Now that includes endangered and threatened native plant species, migratory seabirds, the endangered green sea turtle and the endangered Hawaiian monk seal. Because of all those endangered species and the relatively small size of the refuge, James Campbell National Wildlife Refuge is generally closed to the public. There is/was a program of guided tours available twice a week but that program suffers under the thumb of Congressional politics: the tour program was cancelled for all of the 2013-2014 season.