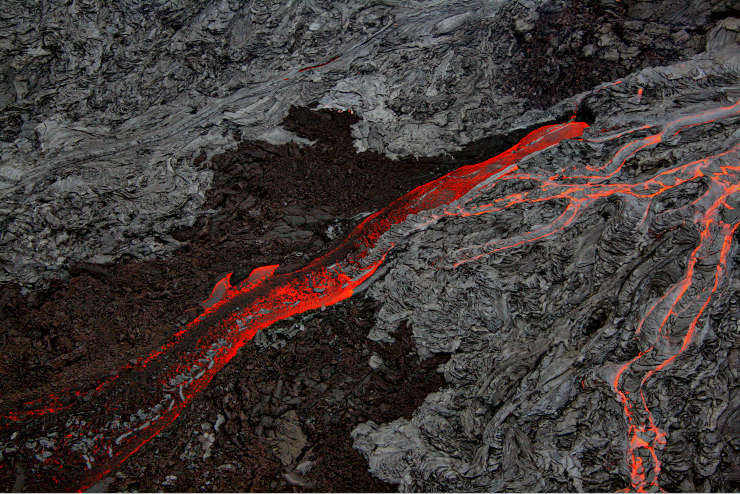 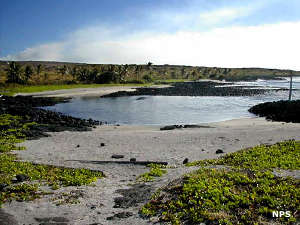 The landscape of the park varies in elevation from sea level to the summit of Mauna Loa at 13,677 feet. A large proportion of the landscape is freshly hardened lava as the volcanic vents on the park are among the most active on Earth.

Hawaii Volcanoes National Park offers hikers and campers a pretty incredible experience. And some folks like the drive along Crater Rim Road and some like traveling the Chain of Craters Road through the East Rift area down to the coastline. However, one section of Crater Rim Road is closed because of the poisonous gas being emitted nearby and Chain of Craters Road was shortened to 20 miles by a lava flow that crossed the road back in 2003. 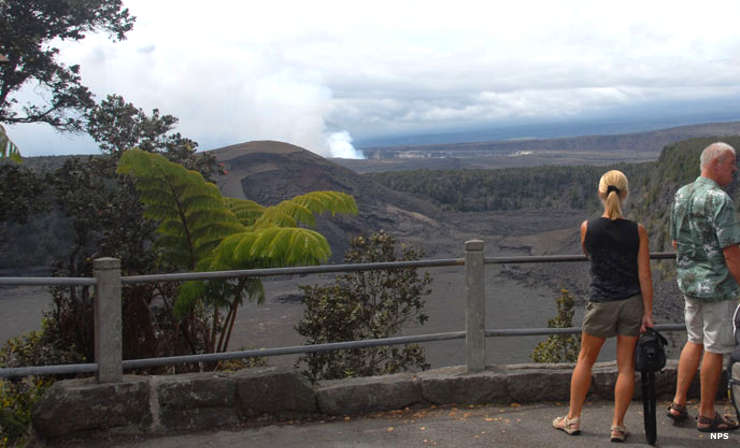 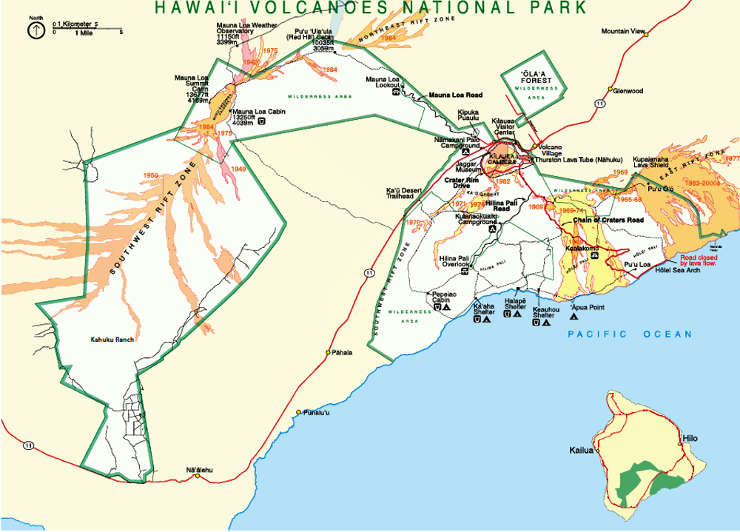 Hawaii Volcanoes National Park map: Click on the map for a larger version 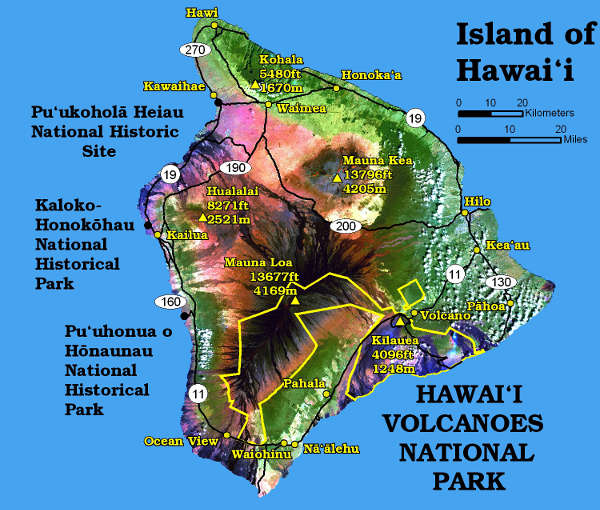