In the upper reaches of Haleakala National Park 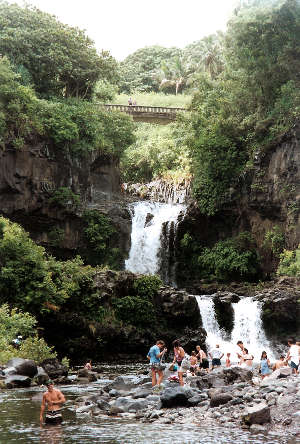 Haleakala National Park was established in 1916 and, at that time, Mauna Loa and Kilauea on the big island were included. In 1961 the park was separated by designating the volcanoes on Hawaii Island as Hawaii Volcanoes National Park. The primary feature of Haleakala National Park is the volcano of Haleakala whose last eruption was sometime between 1480 and 1600 CE. There are two distinct sections of the park: the summit area and Kipahulu, the coastal area. Connecting those two areas are large lava flows.

There are more endangered species of plants and animals in Haleakala National Park than in any other national park. The park was established to preserve and protect the geological features and the flora and fauna that existed in the area. However, previous to the National Park designation, Ralph Hosmer (Hawaii's first territorial forester) planted a bunch of non-native species of trees in the crater area in an attempt to establish a timber industry. Of the 86 species he planted, 20 have survived. Three of those, the Mexican Weeping Pine, eucalyptus and the Monterey Pine have thrived to the point where they are threatening native species. Visitors can see this by hiking the short trail from the summit area through Hosmer's Grove. Part of the trail is through alien species, part through native species. There are some native plants growing in the understory of the alien forest but the canopy of taller trees leaves little light to reach that understory. 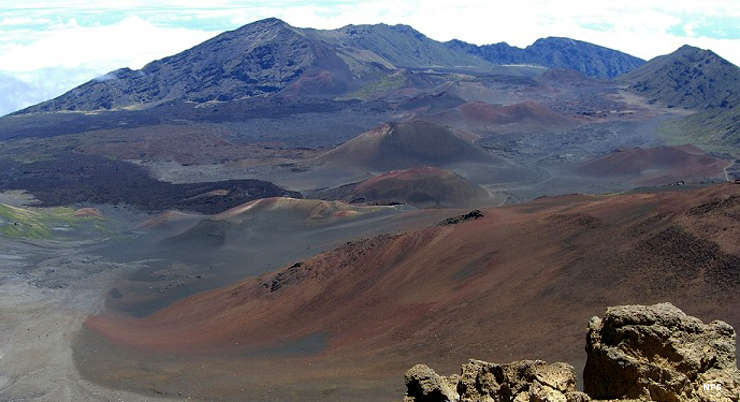 In the crater area at Haleakala National Park

The Hawaiian nene (goose) was long native to the park area but had been eradicated early in the 20th century. Then in 1946 a group of Boy Scouts hiked into the crater and released a small flock of nene that they'd carried in their backpacks. The nene have done very well since.

The summit area is a place where many folks come to watch the incredible sunrises and sunsets. The crater itself is large, alomst 7 miles across, 2 miles wide and half-a-mile deep. There are two primary hiking trails leading into the crater and once in the crater, there are three cabins available for overnight stays (but they must be reserved first through the visitor center of the park).

The Kipahulu Valley area has to be reached via a long, winding road around the coast of the island. And once you get there, you'll discover a great part of the area is closed to the public as the Kipahulu Valley Biologic Reserve. The Reserve was established to preserve and protect the fragile rainforest that exists in the area. What is open to the public is a series of freshwater pools along Palikea Stream where swimming is allowed. However, that may change as the stream holds populations of rare freshwater fish. Along the stream is a hiking trail leading up the hill to Waimoku Falls. 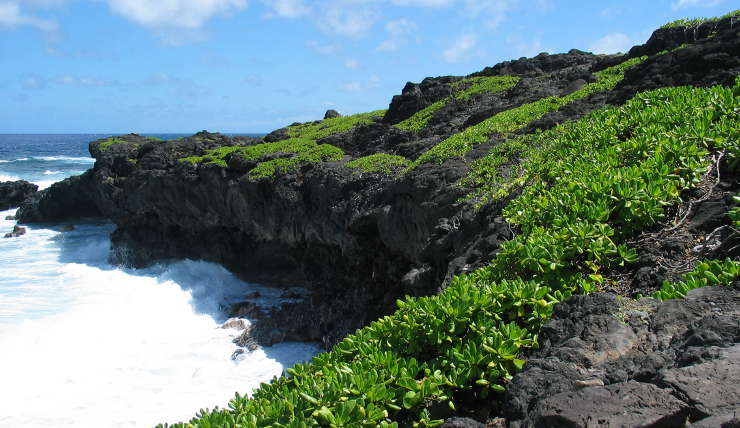 Along the Kipahulu Coast of Haleakala National Park

Near the visitor center is the area of the Haleakala Observatory, a group of astronomical observatories built in the location because it is well above the tropical inversion layer, which means incredible conditions for viewing the night sky. The University of Hawaii Institute for Astronomy has managed the site for more than 40 years, conducting astrophysical experiments that can't be performed successfully anywhere else on Earth.

Haleakala Wilderness offers some 36 miles of hiking trails. Camping is limited to three nights per month and happens in one of the three cabins available or in several primitive campsites established by the National Park Service. This is an area where the weather can change in an instant and a beautiful sunny day can turn to rain, fog and cold breezes in an instant. 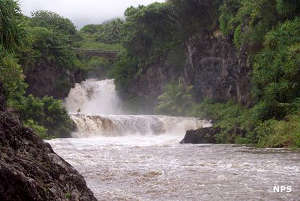 In the lower reaches of Oheo Gulch, Kipahulu Valley 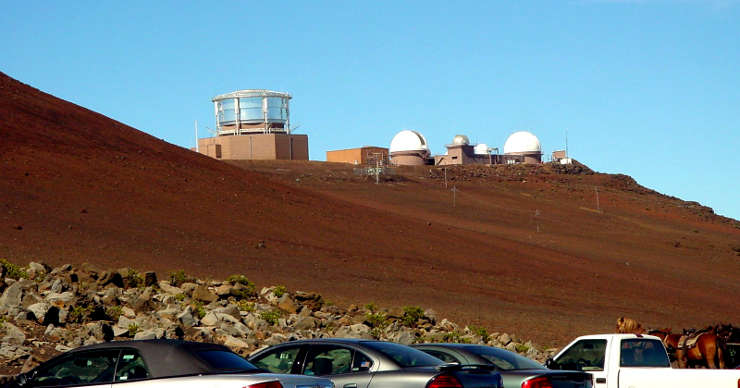 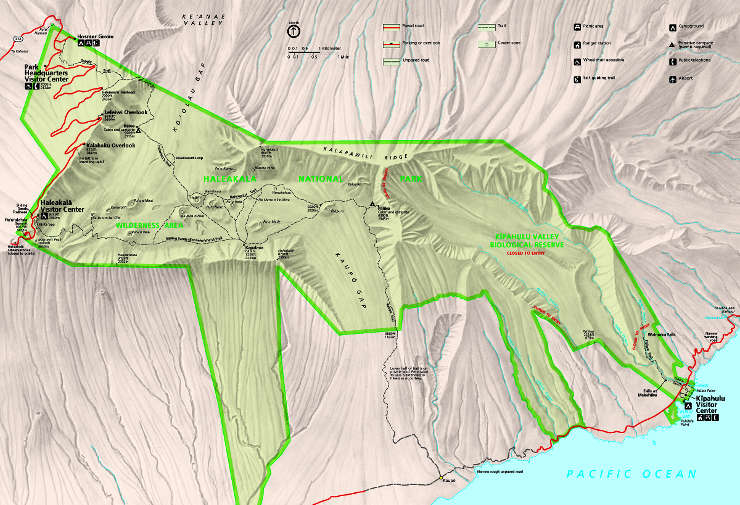