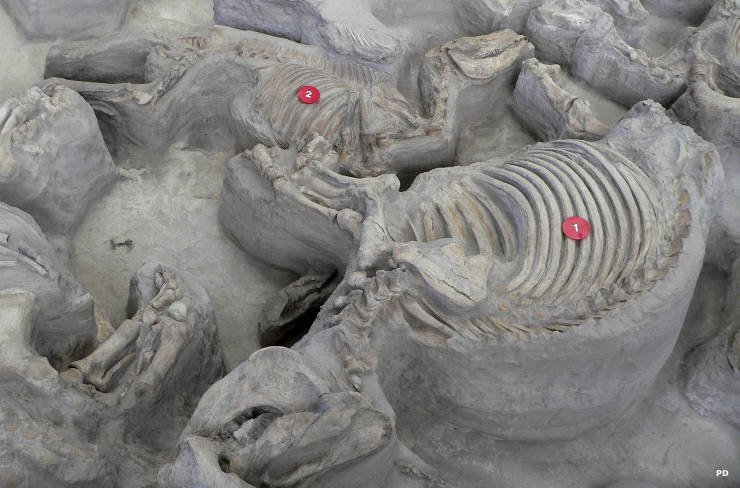 #1 is a Teleoceras major, #2 a 3-toed horse: Cormohipparion occidentale
from the Ashfall Fossil Beds in Nebraska, Miocene Epoch 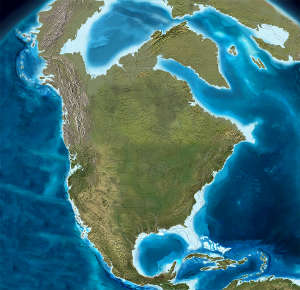 North America, 15 million years ago
Click or tap to see a larger version

Greenland stopped pulling away from North America and ocean-floor spreading stopped in the Labrador Sea. From that point on, all spreading has occurred along the Mid-Atlantic Ridge. The passive margin along the Atlantic and Gulf coasts continued as the Caribbean plate expanded well into the Atlantic with the Antilles arc migrating eastward.

Epochs of the Neogene

North America collided with South America and the Isthmus of Panama formed along the western side of the Caribbean plate. The Gulf of Mexico saw large deltaic and coastal plain deposition systems develop with extensive slumping and landslides along the northwest margin. 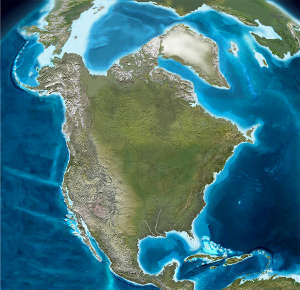 North America, 3 million years ago
Click or tap to see a larger version

The Neogene saw the expansion of the transform Pacific margin throughout the period. Subduction continued north and south of today's transform margin. The northward movement of the Wrangellia Terranes continued, too.

Complex transfer (plate capture) of parts of the western North American plate onto the Pacific Plate happened as the San Andreas Fault and earlier similar faults generated right lateral transform motions. The end of the Neogene led to 100,000 years of Pleistocene glaciation that greatly affected sea level and erosional and depositional patterns across the North American plate.

5 million years of erosion on the Colorado Plateau 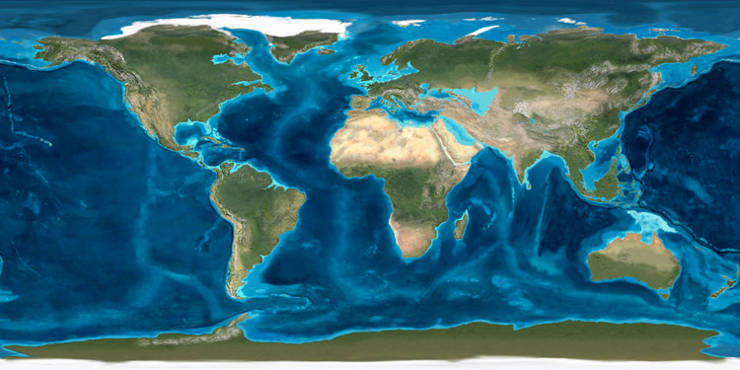