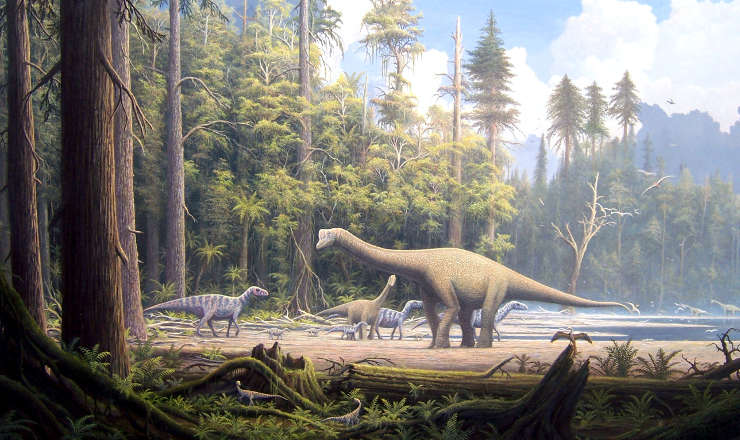 Life in the Jurassic 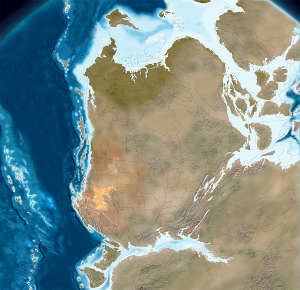 The period began in the aftermath of the Triassic-Jurassic Extinction Event and passed through the breakup of the supercontinent Pangaea. As Pangaea rifted and Laurussia and Gondwana separated from each other, the continental interior desert of the Triassic became lush rainforests. Crocodilians made the transition from arid to aquatic environments and dinosaurs inherited the Earth. The first birds, lizards and placental mammals evolved during the Jurassic.

Pangaea rifted aprt along the line of what is now the Mid-Atlantic Ridge. The early North Atlantic Ocean opened from Maritime Canada to the Gulf of Mexico. As the Gulf opened, Yucatan rifted from the Laurentia craton and drifted south. By that time the mountains raised in the building of Pangaea, including the Appalachians, were mostly worn down by erosion. Western Europe was underwater and saw massive marine deposition between massifs built up in earlier times.

Tectonically, the Cordilleran arc and associated terranes and deposits built onto or accreted to western North America during the early Jurassic. These include the Bridge River, North Cascades, western parts of Eastern Oregon terranes, and western terranes of the Klamaths and the Sierra Nevadas. Older Mesozoic back arc basins closed as the Cordilleran region collapsed against the continent, some subducting, some accreting to the coast. The southern part of the Cordilleran arc was above water, the northern end below.

By the Middle Jurassic, the Wrangell and Guerrero terranes converged on North America with the initial collision between southern Wrangellia and the Cordilleran margin happening at approximately the latitude of the Klamaths and the Sierras. Pressure building from the collision built fringing arcs just outside the zone. Ophiolites (pieces of oceanic crust) were fractured and pushed onto the land surface in the collision zone and in the inter arc region between the Cordilleran arc and other fringing arcs.

More active subduction caused major magmatism along the Cordilleran arc in the Middle Jurassic. Creation of a probable foreland basin in Utah and thrusting in Nevada marked an early phase of the Nevadan (Elko) orogeny. Much of the eastern Cordillera was also growing upwards. A rift basin formed in southwestern North America, probably related to the opening Gulf of Mexico. 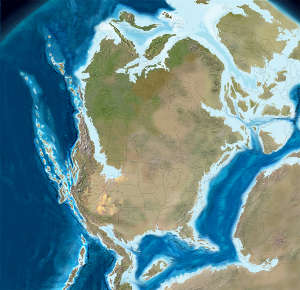 Major plate reorganization happened in the Late Jurassic. A shift in relative plate motion of the approaching Farallon Plate caused the Wrangellia terranes to move southward. That started a complex series of events at the southwestern margin of North America in the Late Jurassic.

The Chortis and related terranes shifted southeast as the Atlantic and Proto-Caribbean seas expanded. Transform fault and oblique rift systems developed along the waning western continental arc (the McCoy-Bisbee - Mojave-Sonoran megashear) and intra arc and inter arc flysch (a body of sequenced sedimentary rock built up in marine environments at the edge of an orogenic event) basins were formed along the lines of the western subduction zone.

Throughout the Jurassic there was no major land mass hovering over either pole and there was very little glaciation on the planet. 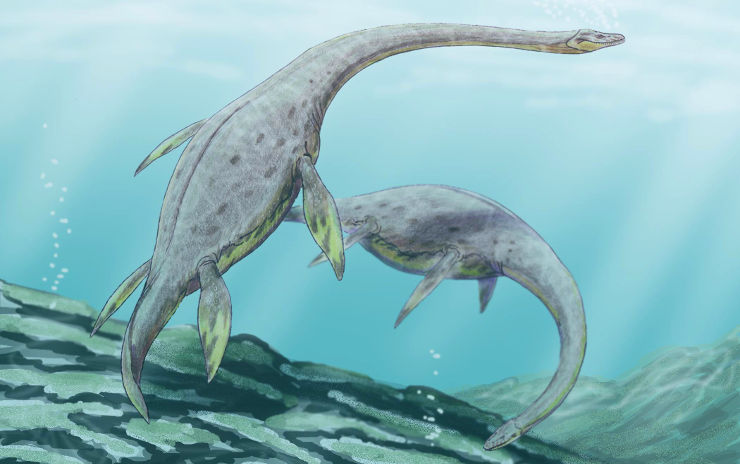 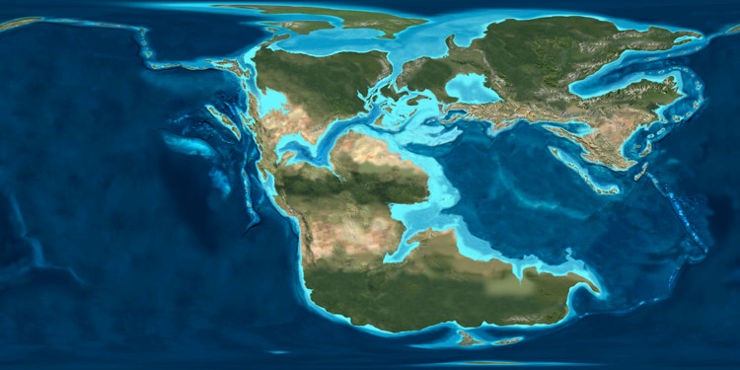