Ducks on the floodwaters in the swamp 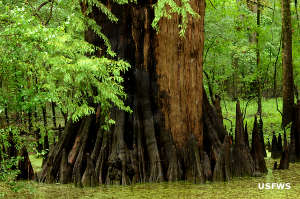 White River National Wildlife Refuge was established in 1935 to protect habitat critical to migratory waterfowl. The refuge is used by the largest concentration of wintering mallard ducks in North America. There are also massive numbers of Canada and snow geese on the property in the winter. The name of the NWR was changed to Dale Bumpers White River National Wildlife Refuge to honor Arkansas Senator Dale Bumpers. 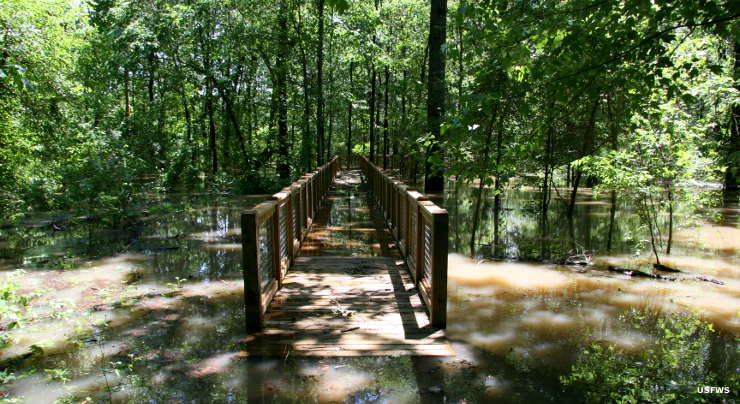 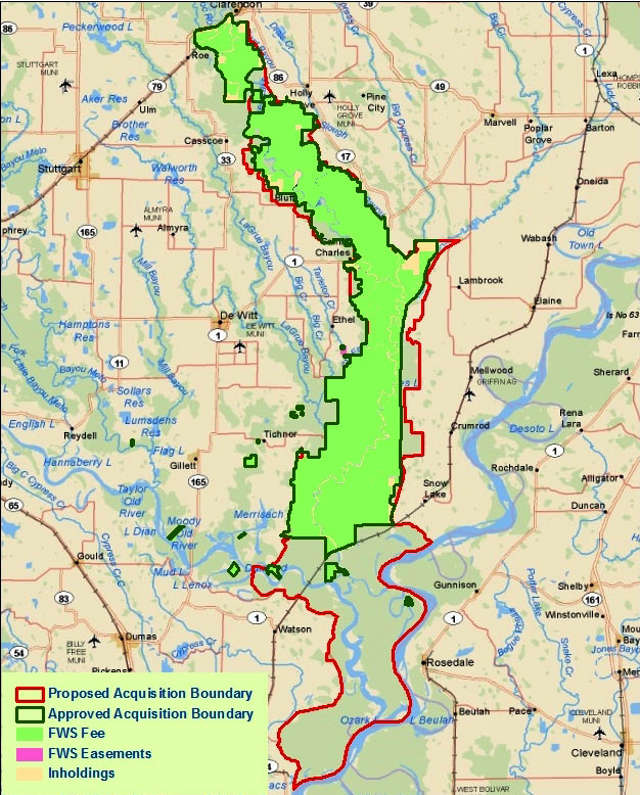