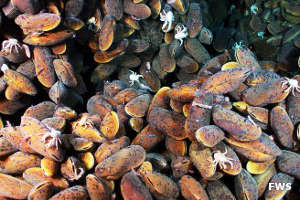 The Mariana Trench Marine National Monument was established by President George W. Bush, issuing one of several similar Presidential Proclamations he issued in the last few days of his Presidency. The boundaries of the monument are contained within the boundaries of the US Exclusive Economic Zone around the Commonwealth of the Northern Mariana Islands and Guam. The 60,938,240 acres of the monument are split into three units: Islands, Volcanic and Trench.

The Northern Marianas Islands are former volcanic seamounts and there are more islands growing in the area. That means lots of volcanic activity below... with mud volcanoes, thermal vents, an active subduction zone, back-arc basins and active submarine and island volcanoes. The sea floor offers one of the most unique ecosystems on Earth as living creatures have adapted over the millenia to some of the most deadly environments we humans can imagine. Huge mud volcanoes release pure hydrogen gas, a submarine volcano produces almost pure liquid carbon dioxide. Another submarine volcano cradles a pool of molten sulphur in its crater. The only other place scientists have postulated molten sulphur in a natural setting is on Io, a moon circling Jupiter. The area is one of the only places on Earth where photosynthetic and chemosynthetic creatures come together: barophilic bacteria feed on the hydrogen sulfide and other "poisonous" gases and they are eaten by other, slightly larger microorganisms and get passed up the food chain until the minerals and complex proteins and amino acids are consumed by fish living in the sunlit zone far above.

Unlike anywhere else in the Pacific Ocean, the ecosystem around the Northern Mariana Islands requires basalt as an ingredient in virtually everything. Somehow that has made the lifeforms found among the reefs and waters of the area unusually diverse with more than 300 species of stony corals alone. Deep dives in 2011 documented creatures known as xenophyophores, single-cell animals that live only in the deepest of sea water. Samples more than 4 inches in diameter were seen at depths up to 6.6 miles in Sirena Deep. The creatures concentrate metals like uranium, mercury and lead in themselves, making them highly resistant to the heavier metals they are exposed to in the ocean depths. As giant amoebas they have evolved to live perfectly well in high pressure, cold temperatures and total darkness. As bottom-feeders, xenophyophores stir up the sediments, process some of what they find into themselves and slime everything they come near, all part of the food chain at the bottom of everything. 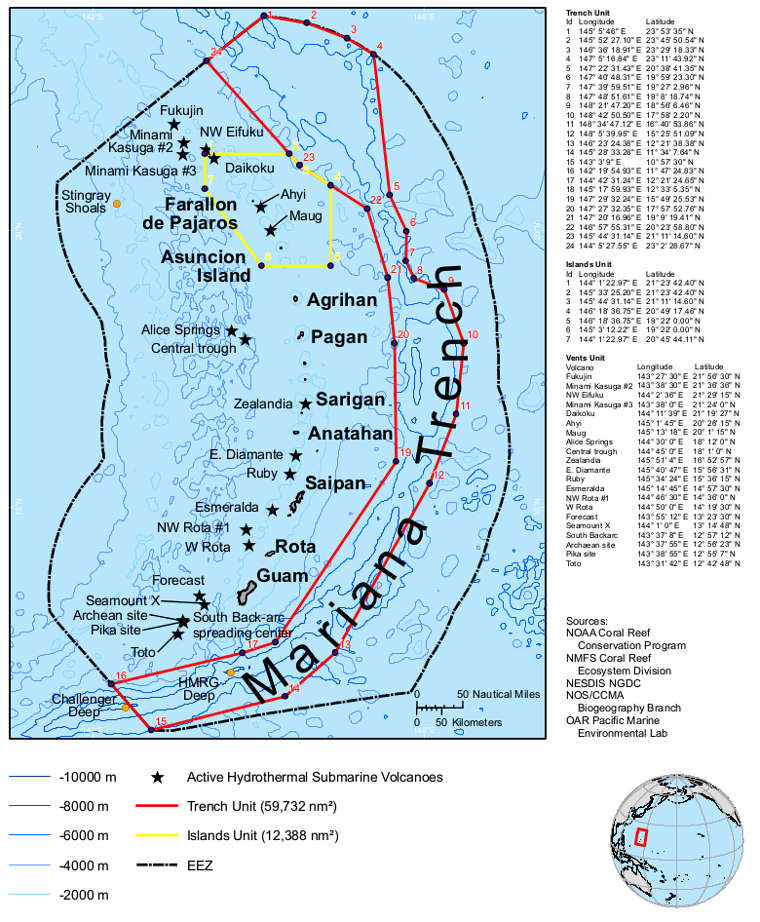