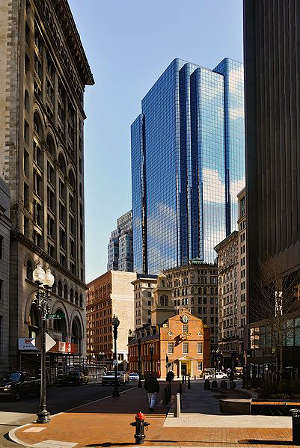 Massachusetts got its name from a tribe of Native Americans by the same name. However, not too long after the Pilgrims arrived at Plymouth Rock in 1620, the Massachusetts tribe was fighting for their lives: smallpox was a disease they'd never encountered before. Within maybe 50 years of the Pilgrims arrival, about 90% of all the indigenous people in New England had been wiped out by smallpox alone, then there was cholera and a whole host of other European diseases...

Boston was founded as the Massachusetts Bay Colony in 1630. The first colonists came to the New World seeking religious freedom, but once they arrived they had little-to-no tolerance for folks who didn't believe as they did. It was religious dissenter Roger Williams who left in 1636 and founded Rhode Island. And religious dissenter Thomas Hooker who also left in 1636 and founded Connecticut.

The best agricultural land in Massachusetts is in the Connecticut River Valley and the Puritans were settling there by 1636, too. The next 140 years saw increasing settlement everywhere in the countryside claimed by the Massachusetts colony. The labor market was built on a huge influx of indentured servants from England (actually convicts were "sold" to wealthy property owners in New England who would transport the convicts to the New World and then keep them busy while they finished out their 20 year sentences - so "slavery" as such was never a local issue in Massachusetts because it had another name). 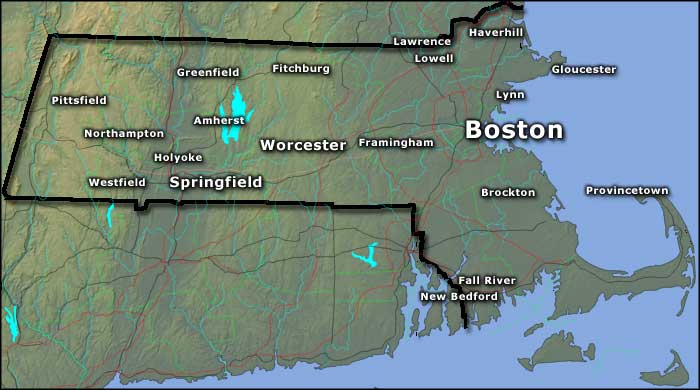