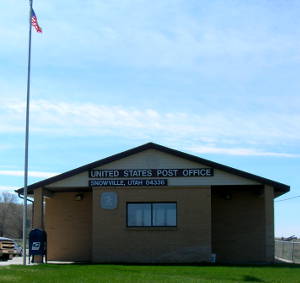 The Curlew Valley extends from Snowville, Utah north to the Idaho towns of Holbrook and Stone. The valley is named for the curlew snipe, a bird that nests all through the area.

The first Europeans recorded to have visited the area were a group of fur trappers traveling with Peter Skene Ogden who camped on Deep Creek in December, 1828.

The next group of white men recorded to have visited the area were members of the Mormon Battalion. They camped here on September 18, 1848, as they made their way to Salt Lake City after being discharged from the Army in California at the end of the Mexican-American War. 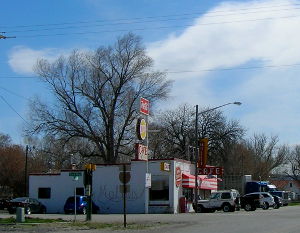 The first settlers came to the vicinity of what is now Snowville from Malad, Idaho in 1870. They had a very hard time at first because of crickets and rabbits eating their crops but they persevered and eventually won out. Lorenzo Snow sent Arnold Goodliffe to the community in 1876 to take charge and give direction. The rabbit problem reached a peak in 1877 and again in 1879, leading to some folks recommending that they abandon the area, but Goodliffe talked nearly everyone into staying and they turned the corner in 1880. For years after that the farmers were able to harvest some pretty sizable crops and the settlement prospered.

In 1933, Snowville was incorporated and the first paved road reached the town that November. At that point, Snowville had electric power, a telephone system, community drinking water, several restaurants, a service station/convenience store, campground, motel, town park, a manufacturing company that produced fish food and a new all-brick LDS church. Then everything changed on October 24, 1934 when a series of earthquakes centered near the Great Salt Lake shook down several of the public buildings and a number of private homes.