The first Europeans to enter the area were most likely traveling with the Dominguez-Escalante Expedition, a group trying to find a new route between Santa Fe, New Mexico and the Spanish missions in southern California in 1776. They didn't make it to California but the route they mapped into what is now Sevier County eventually became part of the Old Spanish Trail and was used by fur trappers, outlaws, merchants, government officials, polygamists and others for a hundred years.

The first Mormon settlers arrived in the Richfield area on June 15, 1864. Most of those frst settlers were of Scandinavian origin and folks in the area are still of predominantly Scandinavian heritage.

Sevier County is crossed by Interstate 70 and it was during construction of that route through Clear Creek Canyon that the Fremont culture artifacts now preserved at Fremont Indian State Park were first discovered. 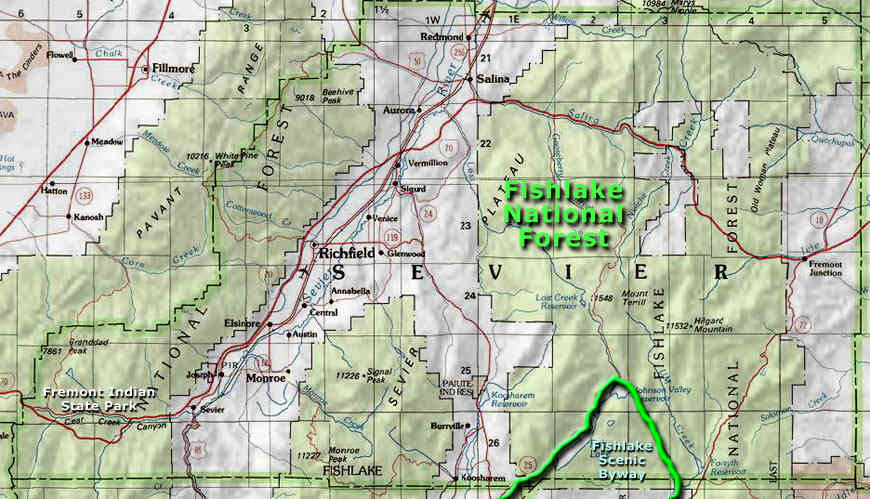