Monticello was settled in the spring of 1888 by a group of Mormon pioneers. They traveled north from the settlement at Bluff and set up shop on the banks of the North Fork of the Montezuma River. At a formal meeting that summer when Francis Hammond, the LDS Stake President of San Juan County, was present, the name of Monticello (after Thomas Jefferson's estate in Virginia) was chosen for the community. Monticello became the county seat in 1895 and was incorporated as a city in 1910.

Growth was steady in those early years but in 1941 came the hunt for supplies of uranium. The Vanadium Corporation of America began to build a vanadium mill in Monticello in 1941, and the first output of a uranium-vanadium sludge began in 1943. There were 200 workers employed at the mill until it was closed in 1946. The federal government bought the mill in 1948 and reopened it in 1949 to continue processing uranium and vanadium.

The uranium mines in San Juan County produced some of the highest grade ore in America. Between 1949 and 1959, the population of Monticello more than doubled, and the assessed valuation of the county jumped from about $1 million in the 1940's to $132 million in 1959. Then the Atomic Energy Commission closed the mill on New Year's Day, 1960. The mill tailings were stabilized by 1962 and the whole plant dismantled by 1964. Then the property sat and rotted for 25 years.

The Department of Energy finally came back and began a massive cleanup project that ran from 1989 to 2004. They removed all the radioactive material from the buildings and the land, then began restoring the former mill site and the 150 acres of land around it. The City of Monticello got involved in the reseeding and restoration of the land and, when completed, received $7 million from the feds for their efforts.

Some of that money went into expanding the municipal 9-hole golf course into "The Hideout Golf Club," an 18-hole course (on land adjacent to the former mill site). When construction was completed in 2001, The Hideout was ranked the #2 golf course in Utah and the #23 Municipal Golf Course in the U.S. 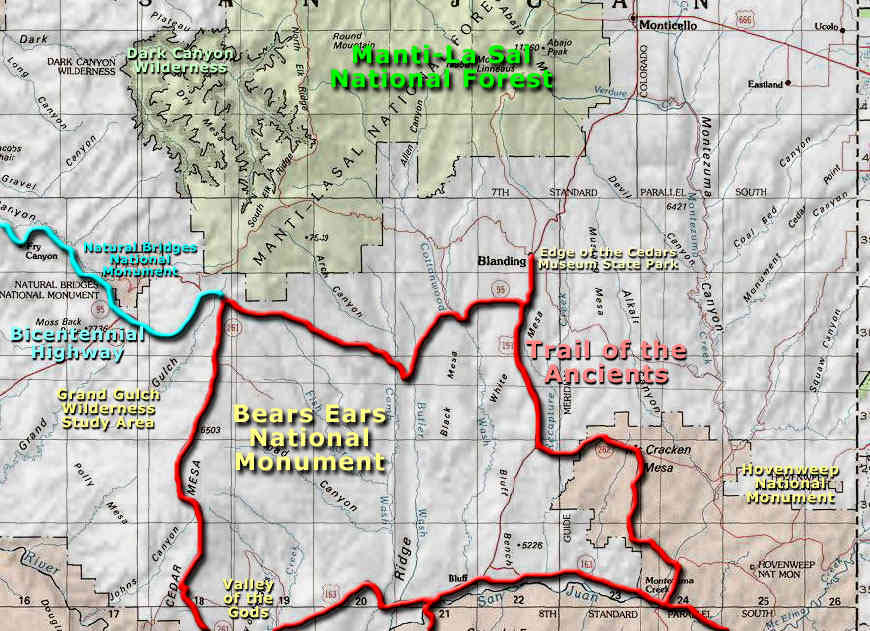